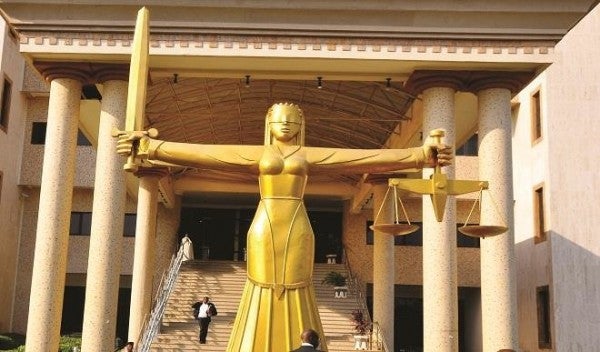 Twenty years after the murder of the late first Executive Governor of Oyo State and former Minister of Justice and Attorney General of the Federation, Chief Bola Ige, the family and friends on Thursday demanded justice for their father and friend, TheCable reports.

Daily Trust reports that Chief Bola Ige was killed by unknown gunmen at his Bodija residence, Ibadan, the Oyo State capital on December 23, 2001.

This demand for justice formed the centre stage at the 20th anniversary memorial and communion service of the political gladiator held at Saint Anne’s Church, Molete, Ibadan.

In his sermon, Bishop of Ibadan Diocese, Anglican Communion, The Most Reverend Joseph Akinfenwa said it was unfortunate that the alleged killers of the late Bola Ige were still unknown.

Akinfenwa said 20 years on, strife and bitterness were still evident among Nigerians, which according to the cleric, had hindered the progress of the nation.

Speaking on behalf of the family, the first son of the late former governor, Muyiwa Ige said the family was disappointed that no one had been identified as the killer of their father.

“We are disappointed that killers of my father are still not been identified. It is unfortunate and disheartening,” he said.

In their separate interviews, political associates of the late Bola Ige, including a former deputy Governor of Oyo State, Chief Iyiola Oladokun, Mr Ayo Afolabi and Mr Adetunji Adepeju said no matter how long it takes, the killers of the political icon would be found and punished.