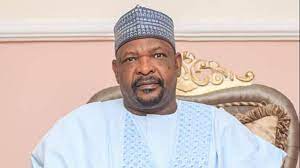 Presenting the nomination form, the spokesperson of the stakeholders, Ibrahim Zadawa urged Ningi to consider the gesture to answer their calls by joining the senatorial race again.

He said the stakeholders and the supporters deemed it necessary for them to purchase the nomination form to declare their total support for him in the 2023 Bauchi Central senatorial election.

Zadawa who recalled the positive contributions of Abdul Ningi in the house of Representatives and in the 7th Senate expressed optimism that his 2023 candidacy would be in the best interest of the zone and the state in general.

“You have done it before and we want you to do it for us again now and this nomination form we purchased for you is to show you that we need you to be our representative in the 10th Senate. Since you left the Senate, we have not seen any good representation and therefore we are hoping that with this form, you are going to answer our call and join the race.”

The stakeholder’s spokesperson assured Abdul Ningi of their continued support for him and pledged to remain loyal to the PDP led administration in the state for the success of the party.

Responding, Senator Abdul Ahmed Ningi, who is the deputy majority leader in the 7th Senate, expressed gratitude to the PDP stakeholders and his supporters for finding him worthy to purchase the nomination form in his honour.

Abdul Ningi who declared to contest for the central senatorial election in appreciation of the form purchased for him, promised a good representation if given the opportunity again by leaving landmark legacies.

“I am short of words to express my deepest appreciation to you for purchasing a nomination form for me, this is a clear indication that you want me to represent you again in the National Assembly.

“You have a lot to do for our success because all of us know that the APC led federal government has failed and Nigeria has become a centre of poverty therefore we must be united and work together for us to ensure the victories of His Excellency, Alhaji Atiku Abubakar to be the next Nigerian President, His Excellency, Governor Bala Mohammed’s second term bid and for us in the Bauchi Central senatorial zone in 2023 general elections.

The former deputy senate leader promised if given the mandate again to work with critical stakeholders including the federal and state governments for the progress and development of his state and the constituency in particular.