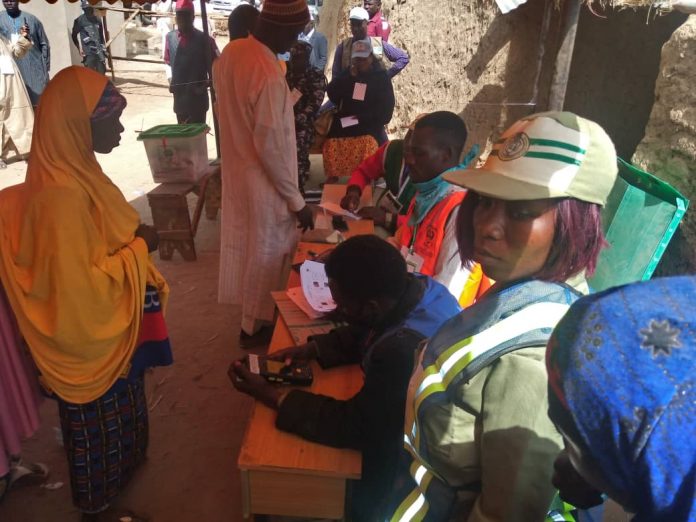 The leader of the network, Mrs Elizabeth George while speaking at the commencement of the exercise, explained that the sensitization was part of the effort to enhance women’s participation in electoral processes.

She assured that the exercise would be conducted across the state in order to educate women on voting processes to enable them to vote during elections correctly and urged the participants to make good use of the knowledge acquired.

Elizabeth, a Bauchi based lawyer, said the women’s group will seek partnership and collaboration with the Independent Electoral Commission (INEC), especially on voter education to strengthen women’s inclusion in governance.

Also speaking, Mrs Hannah Sunusi of the Leadtot Development Initiative, noted that the organization through the National Endowment for Democracy has supported the training of many women in leadership, and governance for their inclusion in governance, describing the sensitization as an important tool to encourage the participation of women’s in electoral processes.