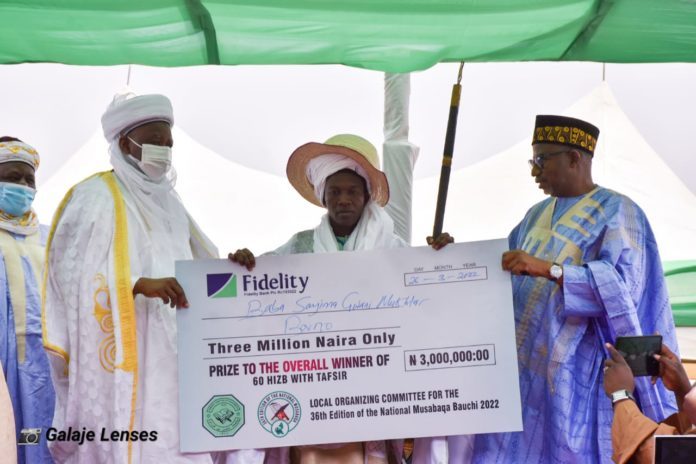 Barely 13 days after Bala Mohammed, Bauchi State Governor leased out N100,000,000 to the Local Organising Committee, LOC of the National Qur’anic Recitation Competition, he gives an additional N25,000,000 to the winners and judges of the competition.

The governor had on 13 March 2022 while inaugurating the LOC said the approved money covered logistics and prizes for winners of the competition. He gave the committee which is under a former Grand Khadi of Bauchi State, Khadi Abdullahi Yakubu Marafa two weeks after the completion of the competition to submit a comprehensive financial report.

Bala Mohammed while closing the competition today offered scholarships to the overall winners of each category of the competition. The Scholarship covers their education up to university level.

He adopted one Amina Idris Mohammed, a five-year-old participant from Cross River State.

Previous articleMan Kills 80-Year-Old Grandmother, Throws Her Body Into A Well In Kano
Next articleAPC Convention: Unity List Is Finally Out (Photos)