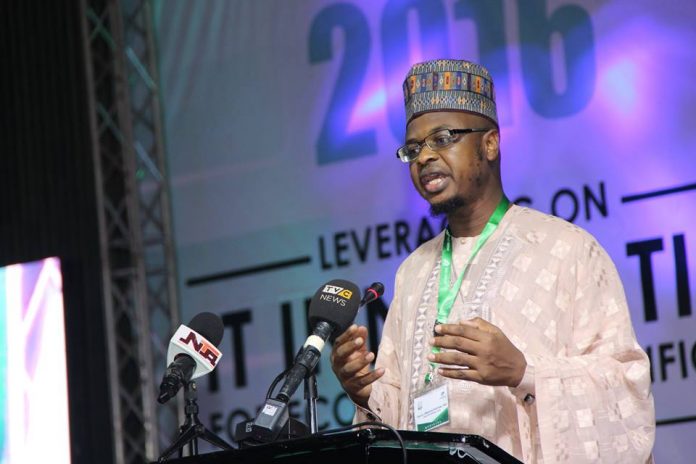 The Academic Staff Union of Universities, ASUU branch of the Abubakar Tafawabalewa University Bauchi, ATBU has dissociated itself from the controversial appointment of Dr Isa Ali Ibrahim Pantami, Minister of Communication as a professor by the Federal University of Technology Owerri, FUTO.

FUTO at the end of its 186th meeting held on Friday, August 20, 2021 announced that it appointed Dr Pantami on the “Rank of Full Professor of Cybersecurity.” However, shortly after the announcement, Professor Muhammad Abdul’aziz, the Vice-Chancellor of ATBU released a message congratulating Dr Pantami on his “promotion to the rank of Full Professor” on behalf of the management, staff and students of the university.

Dr Ibrahim Inuwa, ASUU Chairman ATBU in an interview with reporters in his office on Thursday said that the union was not consulted prior the congratulatory message written purportedly on its behalf, hence, it has a disclaimer to that effect.

He explained that the union took that stance on Dr Pantami’s professorial saga because the whole matter is “shrouded in a lot of controversies.”

“Appointing somebody to the rank of professor follows some procedures, to some extent we are convinced that these procedures are exhaustively followed, it is still questionable. But if it is proven beyond reasonable doubt we don’t have an option other than to acknowledge it but for now we are not convinced.

“In the case of the Minister, his last appointment in a university, Saudi Arabia was as an assistant professor –is a nomenclature that is used by the Americans. Assistant professor is equivalent to a senior lecturer in Commonwealth countries.

“As a senior lecturer you are supposed to satisfy a waiting period of three years. You must have some publications locally and internationally. One must have attended conferences and presented papers, one must have been involved in teaching undergraduates and postgraduates –depending on the conditions of service of a university to become an associate professor(reader).

“What we heard about the Minister is that he’s an assistant professor. The year he left for Saudi Arabia, he claimed that he’s an associate professor, that he applied to them as an associate professor but unfortunately, when they were referring people to check his publications online he forgot to remove a journal that captured him as an assistant professor,” he said.

Dr Inuwa rejected the report of the panel of ASUU FUTU Chapter saying that a lot of holes can be spotted from the report.

It will be recalled that Dr Pantami obtained his first and second degrees from the Abubakar Tafawabalewa University Bauchi, where he also had a stinct as a lecturer.