ASUU Strike: One Too Many 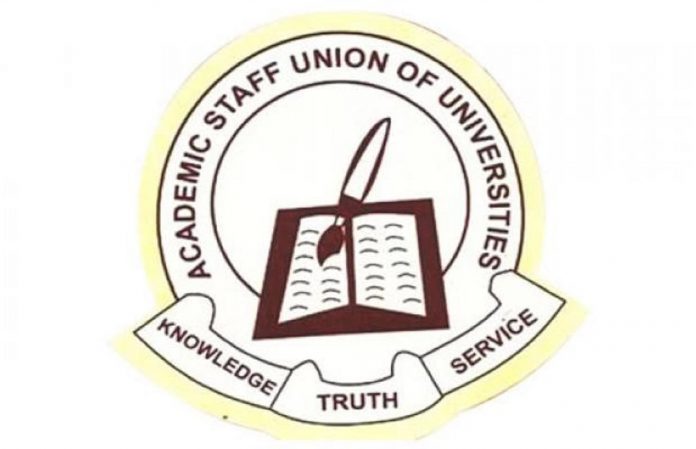 On February 14, 2022, the Academic Staff Union of Universities-ASUU, gave Nigerian undergraduates in public Universities a Valentine gift by announcing a month-long strike action. Their action was hinged on the failure of the Government to honour its part of the Memorandum of Action-MoA reached between the two parties. Mixed reactions from Nigerians greeted the announcement.

In response, the Federal Government through the Minister of Labour and Productivity, Dr Chris Ngige, and the Minister of Education, Malam Adamu Adamu, said it was not aware of the industrial action by ASUU.

Polytechnic and Colleges of Education lecturers might soon join in the industrial action. Four days after the commencement of the ASUU Strike, the leadership of the Academic Staff Union of Polytechnic, ASUP and that of the Colleges of Education alerted its members to be ready to down tool too, any moment from now. Like their senior colleagues in the university, they too have unresolved issues with Government.

Following the declaration of the strike action by ASUU, academic activities in Nigerian Universities were again brought to a halt. The campuses are in disarray. Years of study may be elongated again if nothing concrete and urgent is done.

A timeline of ASUU strikes shows that the industrial action became more frequent from 1999 when Nigeria returned to a democratic government. ASUU has gone on strike for a record 50 months. Meaning, ASUU embarked on strikes for good four years, since 1999. The ongoing one-month warning strike in its week one.

To my greatest shock, an undergraduate in one of the universities interviewed by a television station said he was happy to go back home and stay for a whole one month. You can imagine how a young Nigerian is used to this.

Today, our educational institutions do not deliver quality outcomes; they chunk out half baked graduates, year in year out. Those who enjoyed good university education in the past have turned a blind eye. There are many universities living on past glory, their pedigree has dropped to the lowest ebb. Truly, our institutions are in a comatose state.

There abound in some states ‘glorified secondary schools’ standing as Universities. The reasons are that the so-called Universities are in no difference from post-primary schools in terms of content and delivery. Only buildings make the difference.

Going down to our primary and post-primary education, we see no difference. Things are the way they are. Good education starts at the primary.

Employers of labour had on several occasions said Nigerian graduates are not employable. Do we blame them?

Most of our leaders now occupying good offices and enjoying taxpayers’ money were products of good investments in the education sector by serious governments in the First and Second Republics.

During the Military era, not much was heard about university lecturers going on strike. The then government paid premium attention to the issues of education. Things were moving on well with our education, right from primary to university level. Do you think of free education? it was there. Qualified teachers were readily on hand too.

One of the major complaints or excuses over time is a paucity of funds to effectively run a good and functional education system in Nigeria. Yet, the government keeps establishing more Federal Universities only but for political reasons.

Our political elites are not helping matters. In some states, there are more than 3 Universities – Federal, state and private ones. The primary motives for establishing them may not be unconnected with political reasons. Just to score cheap political points against their opponents.

Proprietors of private universities are also being issued operational licenses again and again to complement government effort towards the provision of and access to qualitative education for all Nigerians. Sadly enough, many children of the poor cannot afford the cost of going to these private Universities.

In those days, there were few universities churning out well-polished graduates. The opposite is the case today. What an irony!

Various policies by successive governments to address the fall in the standard of our education yielded little or no desired results.

Who is to Blame?

The government had reneged on some of its agreements with ASUU. It promises but does not fulfil all agreements. Pledges are made with two mouths. In short, government action and inaction contributed to the endless strikes by lecturers.

ASUU on the other hand has its own share of the blame. Although the take-home pay of an Assistant Lecturer is less than a hundred thousand, their incessant strike actions are one too many. University lecturers benefit from many government incentives. Most of their needs are catered for, though not 100%.

In summary, both the Government and ASUU are moving forth and back. Overall, the educational institutions are at the receiving end. When two elephants are fighting, only the grass suffers.

Several talks and negotiations between ASUU and the Federal Government in the past mostly ended in deadlocks. No lasting solutions. Their negotiations centred on welfare, allowances, infrastructure to revitalizations, among others.

Last year, Federal Government released 52.5 billion naira revitalization fund as part of the Memorandum of Action. And most recently, the Education Minister, Mallam Adamu hinted that another tranche of billions is on the way for the Union.m

We hope that both parties will do all the needful in the interest of the common man.

Like Six Foot Plus sang: we say e don do us. The strikes are unnecessary.