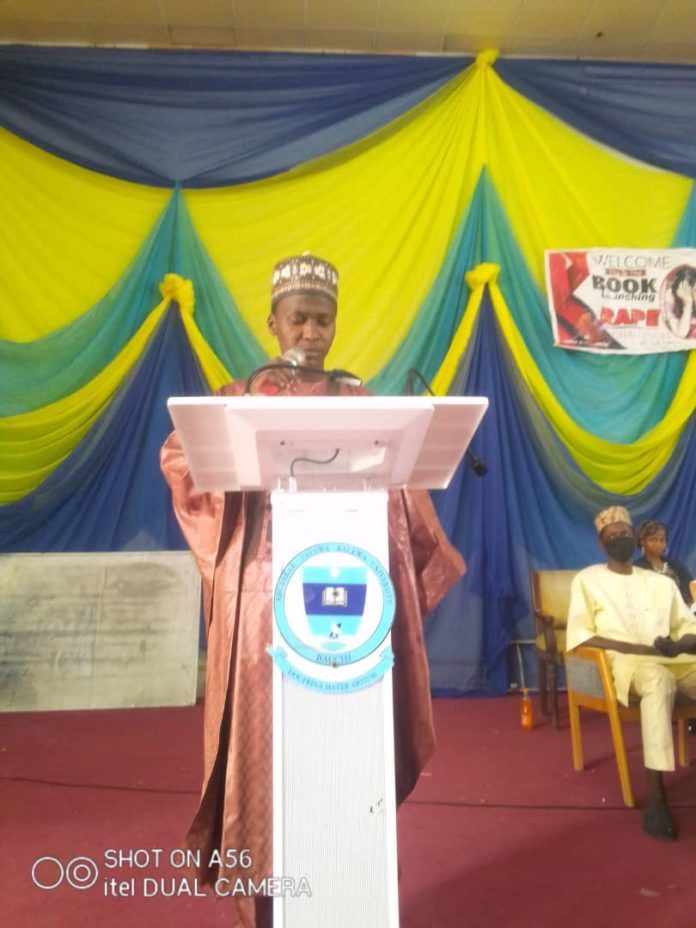 Disturbed by the reported cases of rapes across the country, a student of the Abubakar Tafawa Balewa University (ATBU) Bauchi Usman Alhaji Lawan of the department of quantity survey has written a book on the menace.

The author explained that he was so worried about the escalation rape cases in the country and decided to write a book on the problem with a view to educating the authorities and stakeholders on the root causes, consequences of the menace as well as to recommend solutions to it.

“What really necessitated me to write this book was a story of 12 year old young girl who was raped by 11 men in Jigawa. When I read the story, I asked myself is this true? Because is very hard for me to believe that, but finally found out it was true.

“Rape is everyone’s business, we must sincerely stand to fight against this menace. The book advicates that both government and individuals have roles to play to achieve this feat”. He said.

The author lamented that the effect of rape on the victim and its negative impact on society is such that the goal should completely eliminate it from the society opining that it is an evil wind which blows everyone.

Also speaking at the book lunch, the registrar Federal Polytechnic Bauchi Hajiya Rukayya Maleka commended the author for unveiling the book saying it was timely.

She also condemned the recent rape of a three years old girl in Kirfi local government area of Bauchi state by her step father.

Other guests at the occasion include the speaker of the state assembly Abubakar Suleiman, security chiefs in the state and a writer at Wikki Times Najib Sani who served as a guest analyst

Previous articleInjustice In Recruitment Of 550 Teachers In Nasarawa Will Be Rejected – Sule.
Next articleJustice For Sale: How An Assistant Registrar At Bauchi Magistrate Court ‘Solicited For Bribe’ To Obfuscate Justice Against Journalist