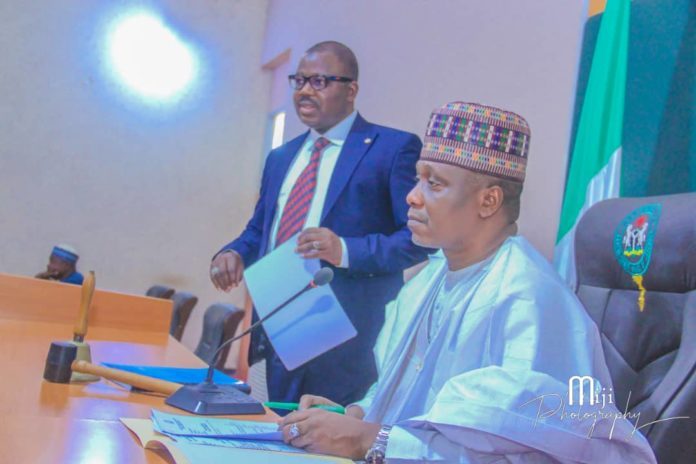 Bauchi State House of Assembly has on Wednesday passed a bill seeking to establish the Bauchi State Vigilante and Youth Empowerment Agency 2021 into law.

The Speaker of the House Abubakar Y. Sulaiman recalled that the bill was laid before the House in February by Committee on Security Hon. Sabo Bako Sade (Sade Constituency) but referred back to the Committee for some corrections after observations were raised.

The Committee observed that the Bill was imputed by some far-reaching innovations that will assist the Government to tackle the problem of insecurity and minimize increasing youth restiveness due to unemployment.

Citing Kaduna and Lagos States who passed similar bills as a guide in which they visited the two States, the Committee discovered that there is a need to borrow from the success recorded in the establishment and implementation of the Agency in those States.

The Committee recommended that the state House of Assembly should be the one to ratify the appointment by the Governor while traditional rulers and civil society organizations should be included in the membership of the Board.

It also recommended that the Agency should have an Executive Secretary who must be a retired military or police officer not below the rank of a Major.

After the House unanimously approved recommendations of the Committee, the Chairman of the House Committee on Security Hon. Sabo Bako Sade (Sade Constituency) requested the bill to undergo third reading. It was read and finally passed into law.