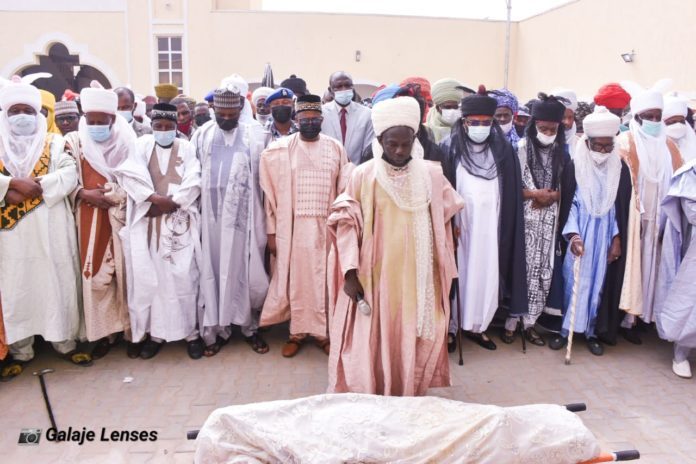 Bauchi State Governor, Bala Mohammed has described the death of the late Emir of Jamaare, his Royal Highness Alh Ahmed Muhammad Wabi as a monumental loss to the emirate and the entire people of Bauchi State.

The Governor in a statement through his media aide Muktar Gidado described the late emir as a distinguished statement, gentleman and a bridge builder.

Mohammed who attended the funeral prayer of the late Emir with his deputy and other top government functionaries conveyed on behalf of his family, government and “the good people of Bauchi State his deepest condolences to the immediate family of the late emir, Jamaare emirate council and the people of the State on the demise of the late elder statesman.”

“Governor Bala Mohammed said the late Emir was a man of many solid parts, a peace-loving royal father who detested violence and his greatest legacy was his dedication to a stable and united Bauchi State. These stealing qualities according to the Governor, will forever remain in the hearts of our people.

“Our late father was a distinguished statesman, gentleman and a bridge builder who always stand for peace, justice and stability of the people of his domain and our beloved State”, the statement read in part.