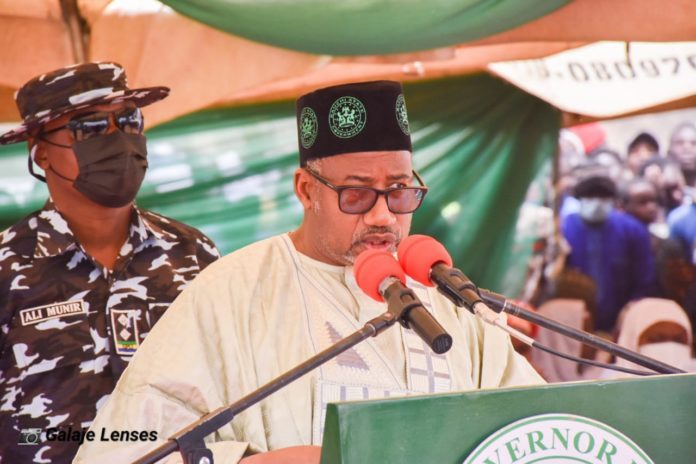 The Bauchi State Government has pledged to marry off at least 100 repentant commercial sex workers who indicated interest and presented themselves to the state’s Hisbah Department.

The Permanent Secretary in charge of the department, Alhaji Aminu Balarabe-Isah, made this known on Tuesday at the formal inauguration of vocational training for 575 repentant commercial sex workers in Bauchi.

Bauchi Shariah Commission To Send Sex Workers Back To Own States

He said the government would sponsor the weddings of both Muslim and Christian women among them, and provide them with dependable and reliable sources of livelihood.

“We would facilitate the entire process after obtaining their consent and that of their parents and guardians before the marriage takes place,” he added.

He commended them for taking the bold decision to renounce the practice, which may affect their lives negatively and place a permanent stigma on them.

The permanent secretary explained that the repentant sex workers would be trained on vocational skills which included hairdressing, knitting, entrepreneurship, tailoring and cosmetology.

He said other skills were makeup, catering, poultry/fishery, shoe/bag making, and computer literacy classes, adding that the training was in collaboration with the National Directorate of Employment.

“We would expand the scope of the training to the 20 existing local government areas of the state,” he said.

The Punch reported that he said the day for the mass wedding will be announced after completing all necessary preparations and after ensuring that due processes are adhered to for the exercise.

A trainee, receiving training in tailoring, Maryam David, described the gesture as a welcome development and assured that she would never return to her previous lifestyle again.

She said she would use the knowledge acquired to establish her own business and eventually remarry to turn to a better life.

Similarly, Hadiza Mohammed commended the Gov. Bala Mohammed-led administration for initiating the programme, saying, “I am learning a vocation in hairdressing and I am happy for the opportunity.

“I will soon establish my own business to achieve self-sustainability, as my former way of life is regrettable and full of unnecessary risks,” she said.