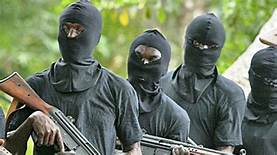 Khadija Audu, 40, and her baby regained freedom after six days in captivity and a ransom of N1.5m paid to secure their release.

People were seen trooping to Audu’s house at Tsamiya village in Bogoro Local government of Bauchi State to sympathise with the family and also see the victims after spending days, captive in the bush.

WikkiTimes had on February 10 reported the abduction of Khadija with her baby by unknown gunmen at Tsamiya village in Boi, Bogoro LG of the State, an event that gripped fear and panic in the community.

They were released after the said amount was paid and now, they are recovering from the trauma they have never encountered.

“They are getting better now. Because when they were released, they were not as normal at all.

“We arrived at N1,500,000, but they [abductors] initially demanded N20,000,000 after calling and assuring us that the victims were in their custody”. Audu, the victim’s husband hinted.

It is just less than five months, WikkiTimes reported the abduction of a nursing woman, Mrs Kafayat who was kidnapped in September 2021 at Birshin Fulani, an outskirt of Bauchi metropolis, an incident that sparked outrage and protest where angry residents took to the street blocking Bauchi – Dass road blaming government for negligence.

As that of Khadija Audu, Mrs Kafayat family had to pay N1.5milliom ransom to secure her release eleven days after.