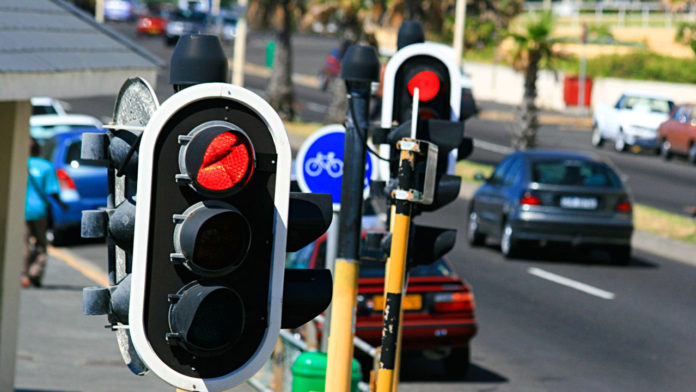 Abubakar Mu’az (not his real name) would control vehicular movements at Wunti intersecting junction, on his feet — under the scorching sun — for two hours before he could be relieved by one of his colleagues sitting under a shade near a phone-repair shop.

The job could have been less challenging if there are functional traffic lights. “In a situation where we have functional ones, we will only monitor traffic offenders,” one of the wardens who would not want his name in print told WikkiTimes.

That is not all. The wardens lamented standing under the sun for hours. They said traffic boxes if provided by the government would ease the task.

Bala Mohammed, the Bauchi State Governor on November 17, 2021, said his administration  would introduce Electronic Road Traffic Regulation to address the incessant traffic violation and accidents among road users in the state. He added that the initiative will also serve as a means for revenue generation as well as exposing the state to the modern system of road traffic management.

Six months after his words, WikkiTimes toured certain joints in Bauchi metropolis to see what had changed. Sadly, the state did not leverage the advantage of modern technology as it exposes traffic wardens to imminent dangers while they control vehicular movements.

For Instance, the traffic lights at Wunti are not functional despite looking new to the face. Wardens confided that the lights were installed about a year ago. “It worked for a while and ceased afterwards,” the wardens chorused.

However, to stop vehicles from ramming into each other, the wardens resorted to archaic traffic management by taking the place of the lights.

Unlike Wunti junction, WikkiTimes observed that there were no traffic lights at Bank Road, Tashan Babe, Muda Lawan and Kofar Fada (Emir’s Palace). Surprisingly, all these roads are a must-use for motorists.

Hitherto, there were traffic lights at some of these points, WikkiTimes learned, “but they were not functioning,” a traffic officer said. He disclosed that the lights were removed with the hope of replacing them with functional ones, but nothing significant has been done. “Hardly you would find wardens there.”

A considerable amount of funds were proposed in the state annual budgetary allocation with respect to the traffic signals in Bauchi metropolis in recent years. For instance, N610 million and N750 million were estimated for the construction of traffic/street lights in 2021 and 2022 respectively.

Between Ministry of Works’ Perm Sec And The GM of BSDB

To find out what is stalling the project, WikkiTimes visited Bauchi State Ministry of Works on several occasions, but in futility, as our reporter became a toying object between Dahiru Shehu Mohammed, the ministry’s Permanent Secretary and Abdulkarim Hassan, the General Manager, Bauchi State Development Board.

From an interview with the GM, WikkiTimes understands the duo were toying with its reporter.

Traffic signs, apart from protecting those behind the wheel of cars and cyclists, also let pedestrians know when and where they can cross a road, and alert drivers to their presence.