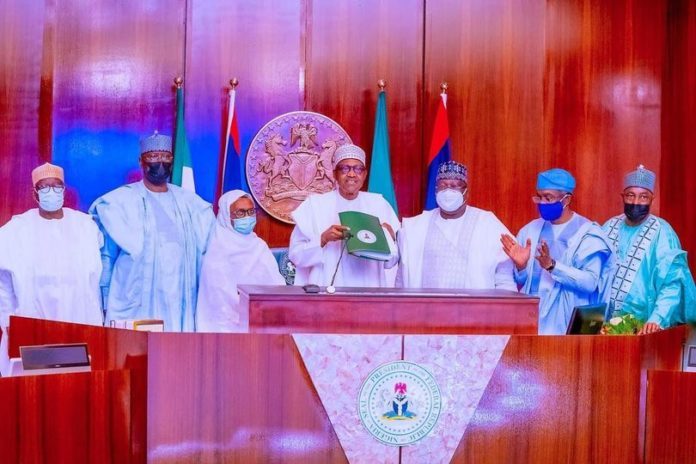 Signing the Bill on Friday at Presidential Villa Abuja, President Buhari recalled that the bill was forwarded for Presidential Assent by the National Assembly on 31st January, 2022, but due to thorough reviews and observations from Ministries, Departments and Agencies, it was resolved that the bill has implications to democratic processes.

He said that the current bill is promising, with the inclusion of salient and praiseworthy provisions as well as innovations that would guarantee the constitutional rights of citizens to vote effectively.

“The Bill would also improve and engender clarity, effectiveness and transparency of the election process, as well as reduce to the barest minimum incidences of acrimony arising from dissatisfied candidates and political parties.

“From the review, it is my perspective that the substance of the Bill is both reformative and progressive. I am making this bold declaration because I foresee the great potentials of the Bill”. He said.

Buhari however noted that the amended bill still constitutes a restriction of serving political office holders from voting or being voted for at Conventions or Congresses of any political party only if resigned 30 days before the election, hoping the National Assembly to review subsequently.

“No political appointee at any level shall be a voting delegate or be voted for at the Convention or Congress of any political party for the purpose of the nomination of candidates for any election”.

Present at the signing ceremony were; Senate President Ahmad Lawan, Femi Gbajabiamila, Speaker of the House of Representatives, as well as Kayode Fayemi, Chairperson of the Nigeria Governors Forum.

President Buhari had initially withheld to sign the bill after the national assembly made direct primary compulsory for political parties which he said violates the spirit of democracy.

The lawmakers had to rework the bill to provide for indirect and direct primary, as well as consensus candidates where parties can now pick any of the three to elect their candidates.