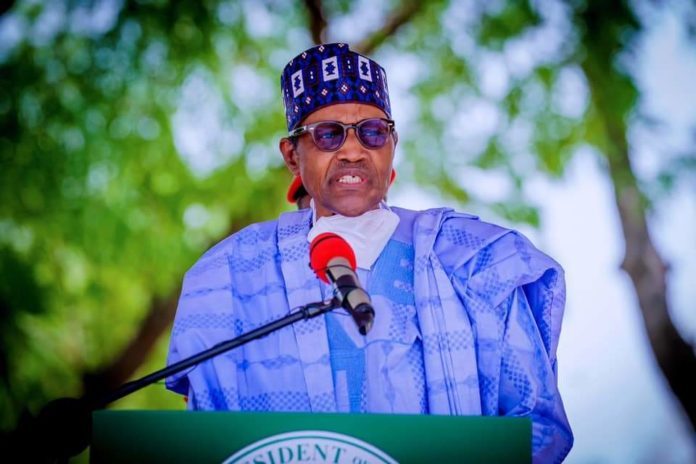 President Muhammadu Buhari has mandated his Chief of Staff and the Secretary to the Government of the Federation (SGF) to ensure that all Ministers and Heads of agencies engage skilled youths in all Boards and Committees of the Federal Government.

The President gave the directive on Friday while receiving members of the All Progressives Congress (APC) National Youth Lobby Group in Abuja, opined that youth’s inclusion in governance would encourage learning and mentoring in government and politics.

President Buhari asked the SGF to submit a report on the inclusion of youth on boards and committees that are yet to be constituted by February 2022, directing Chief of Staff Prof Ibrahim Gambari, and the SGF to ensure monthly engagements with the group for better synergy and cross-pollination of ideas and opportunities.

He urged the senior government officials to explore the establishment of a committee of youths to form the monitoring and evaluation team of ongoing Federal Government projects across the country, stressing that the committee would provide feedback to enable his government to hold public office holders and those given responsibilities to account.

The President also extolled the idea of the establishment of a Presidential Committee on Youth in liaison with the youth leader, requesting the SGF and the Chief of Staff to work out the modalities for its operationalization and that the leadership of the party would ensure full participation of youths at all levels.

”I will also support the aspirations of credible and committed youths who are vying for positions in the upcoming convention. It is also in our interest to ensure the longevity of our party by standardizing and institutionalizing the leadership recruitment system. Hardworking and exemplary individuals should be identified and encouraged and mentored. You are not begging, but negotiating, staking a claim and seeking to add value, which is admirable,” the President stated.

Furthermore, President Buhari endorsed the 2021 APC Youth Conference Report presented to him, assured the Group that the recommendations in the report that are within his limit would be given optimum consideration, hence promised to encourage the leadership of the States and the party to implement the recommendations of the report for the benefit of young progressives.

Barrister Ismaeel Ahmed, leader of the group, described the President as the leader of the party and moral compass of the nation, thanked him for sending a powerful delegation to the Progressive Youth Conference in June 2021, which according to him demonstrates that the present government believes in youth.

Ahmed appealed to the President to continue speaking for the Nigerian youth adding that the President has demonstrated through his personal example, the integrity which very few people have.

Previous article2023: I Will Challenge Anyone Except Jonathan– Bala Mohammed
Next articleNAMA Begs For Office Accommodation In Bauchi