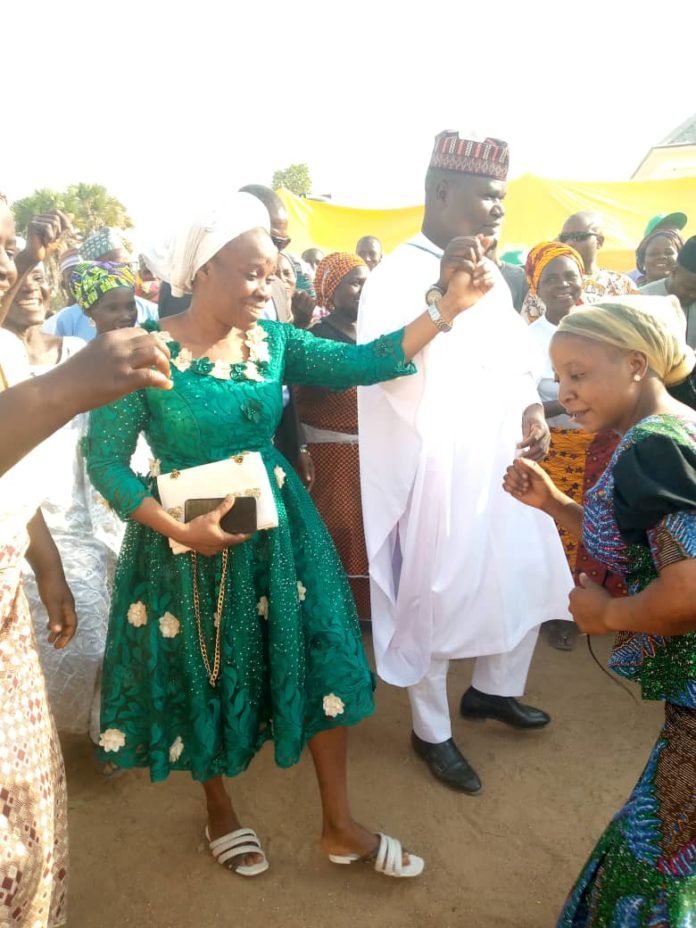 Bulus Philip has declared his intention to contest for the seat of member representing Bogoro constituency in the Bauchi State House of Assembly in 2023.

Mr Philip stated this on Thursday while speaking to women group in his Dinki hometown.

He said that he is determined to correct what has been bastardised as the result of poor representation which the area suffered from incompetent hands.

“charity begins at home. So, Bulus Philip accepts and declare his intention to contest, no retreat no surrender.

“I belong to people. I will make sure I serve my people in whatever circumstance to lead them to the promise land,” he said.

Thousands of constituents from Bogoro local government area who witnessed the event expressed their unalloyed support for Bulus Philip to contest for the slot of the area in thein the Bauchi State House of Assembly.

The group made their position when they paid him a courtesy visit during the New Year celebration in his home town, Dinki.

Mr Folmi Zakka, leader of the group, said that Philip is competent enough to represent Bogoro constituency in the Bauchi State House of Assembly.

He said that Mr Philip has been touching the lives of his people, something that portrayed him as an advocate for what is due for the masses.

“He distributed clothes, food items, goats, cows and cash to assist and help the less privilege people in more than seven wards in the local government area”

Mrs Magaret Joro, Women Leader, Said that they will fully support Bulus Philip especially considering the wonderful job he has done to the women groups in Bogoro through the provision of startups money to women to enable them to become self-reliant.

” Our next member we promise that our votes are yours,” she said.

Previous articleInvestigation: How Imaginary Streetlights Were Allegedly Used To Steal Over A Billion Naira Under Buhari’s Nose
Next articleHow Buhari Compensated Old Allies With NNPC Board Appointments