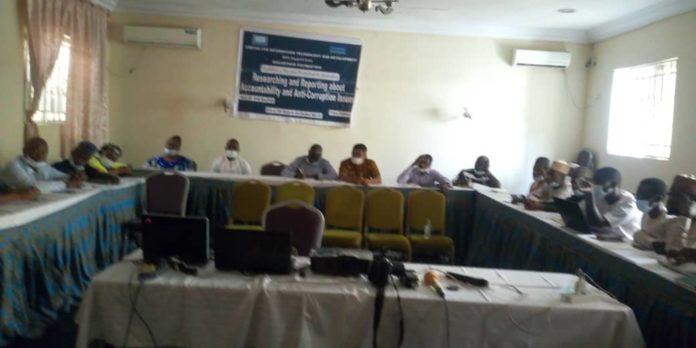 The Centre For Information Technology and Development (CITAD) has organised a two-day training for selected journalists from the Northern part of the country on anti-corruption reporting in Bauchi.

The training themed Researching and Reporting About Accountability and Anti-Corruption Issues is being funded by MacArthur Foundation.

Declaring the training open, the Executive Director CITAD Engr. YZ Ya’u said media professionals in Nigeria have a critical role to play to combat the scourge of corruption in the country.

He said deliberate efforts and attempts must be made to take the anti-corruption campaign to the grassroots to enable more people to understand the dimension and depth of the problem of corruption in Nigeria.

“An average Nigerian does not grasp the magnitude of mere reporting that someone siphoned N80bn until it is put into the relevant contest for him to see the degree of the problem.

“We cannot mobilise Nigerians against corruption unless we can practically show them how corruption affects them,” he said.

The Executive Director regretted the current insecurity and lack of development problems bedevilling the country are all proceeds of corruption that have eaten deep into the fabrics of the security structure of Nigeria and its governance.

Some of the participants who spoke to our correspondent said the training will further sharpen their skills to be able to deliver critical anti-corruption reports.