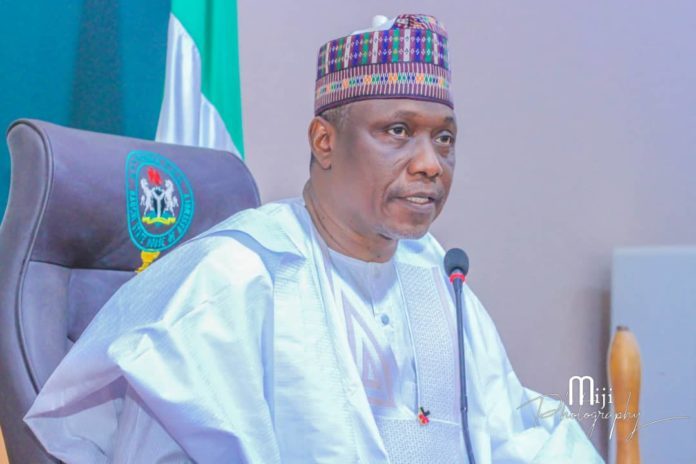 Members of the Bauchi State House of Assembly, BAHA has said that it is extremely disturbing seeing how criminals and drugs dealers turned Government Secondary School Gwallameji into a safe harbour for their activities.

Gwallameji, which is about 10 kilometres away from inner Bauchi City, hosts The Federal Polytechnic Bauchi and WAEC office. Its inhabitants are mostly students with a few indigenous populations.

The Deputy Speaker of the House, Danlami Ahmad Kawule said this under matters of urgent public importance during Tuesday’s plenary of the House presided over by the Speaker, Abubakar Sulaiman.

He said the activities of drugs barons in the schools birthed the proliferation of crimes in the area thus creating fear in the minds of other inhabitants of Gwallameji.

The Deputy Speaker said such activities if allowed to degenerate further unchecked, could metamorphose into a grave security issue.

Hon Kawule said it is pathetic that the school which traditionally ought to be used to impart knowledge on young citizens of the state has now been overtaken by criminals and drug cartels.

“How Government Secondary School Baban Takko in Gwallameji area of Bauchi Local Government was turned into a hideout for criminals and centre for consumption of illicit drugs is worrying.

“The situation is creating a lot of disturbances to the people of the area,” he said.

The Deputy Speaker proposed to the House on a need to turn the school into maternity to allow people of the community to drive home more fruits from the facility than they are doing at the moment.

“The Honourable House should communicate with relevant agencies to convert the school into maternity or any government facility that will be of help to the community, instead of leaving the school shut,” Hon Kawule noted.

The House directed its Committee on Security to in partnership with Secretary to the Bauchi State Government, Barrister Ibrahim Kashim dig more about the situation for further actions to be taken.