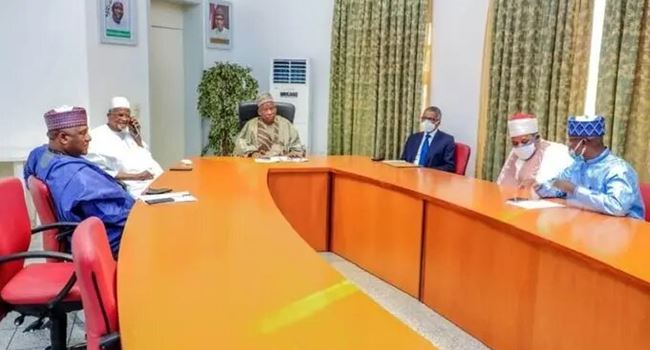 Abdullahi Ganduje, Governor of Kano state has on Wednesday appointed the Africa’s richest man, Aliko Dangote, his uncle, Aminu Dantata, and Abdulsamad Rabi’u as members of the state Zakkat and Hubsi Commission.

This is contained a statement by the Kano State Commissioner for Information, Malam Muhammad Garba.

NAN reported that the development was sequel to the approval of the Kano State Executive Council that reconstituted the Board of Kano Zakkat and Hubsi Commission with Ibrahim Mu’azzam Maibushira as Executive Chairman.

The commissioner also announced that the council has approved the establishment of the Committee for Screening of International Islamic Organizations. Chief Imam of Kano, Sani Zaharaddeen, would serve as Chairman, Muhammad Adamu would be the Commissioner for Religious Affairs/ Co-Chairman, as well as Auwalu Yakasai as Secretary.

Zakat is the Islamic obligation that a Muslim has to donate a certain proportion of wealth each year to charitable causes, which is one of the five pillars of Islam.

Previous articleGov Bala Redeploys 404 Judiciary Staff To MDAs
Next articleASUU Strike: The Necessity Of Serious Commitment On The Part Of Government