EDITORIAL: The ICIR @10: Celebrating The Beacon Of Hope For Newsrooms And Journalists In Nigeria 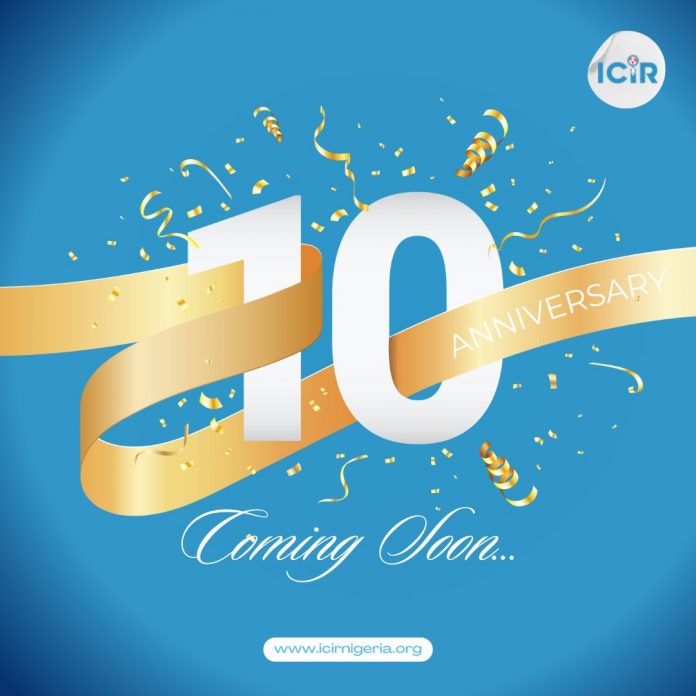 The International Centre For Investigative Reporting, ICIR, an independent, non-profit news organization is 10. Born by a notoriously unapologetic and dogged journalist Mr Dayo Aiyetan, documenting its achievements and hurdles in one piece could be very difficult even for its founder. Known for its rigorous, fearless and adversarial brand of journalism, The ICIR has carved its niche in holding power to account through ethical investigative reporting across the nooks and crannies of Nigeria.

It has provided grounds for journalists and newsrooms to get trained, emboldened and equipped with the resources they need for the kind of journalism it envisioned and is determined to bequeath.

While the euphoria marking the celebration of the 10 years anniversary of The ICIR is still as high as Kilimanjaro, for us at WikkiTimes, we have our eyes fixed on how the platform shaped, influenced, supported, and emboldened our newsroom and journalists to pursue critical reporting.

As the saying goes; you are not successful until your successor succeeds– WikkiTimes’ evolving strides in the aspect of accountability journalism in the northeast are a reflection of the successful 10-year journey of The ICIR.

Literally, WikkiTimes was on the verge of total extinction—extremely weak in capacity, lacking in resources and tools needed to pursue, with vigour the kind of journalism it wanted, which is the core of what the ICIR preaches and is spending resources to achieve.

When WikkiTimes started in 2018, with a focus on the sub-national levels, we knew, from the very beginning that we have chosen a difficult terrain, since we wanted to be like The ICIR for the local people in local communities.

Arguably, holding power to account at local levels could be more dangerous and fatal, particularly for smaller newsrooms such as ours– that are struggling with resources and competent hands to do the job.

The ICIR came to the rescue; first by giving small grants to Haruna Mohammed Salisu, WikkiTimes’ publisher– thanks to Mr Peter Nkanga who first initiated the relationship.

Convinced, perhaps, by the kind of journalism WikkiTimes was making efforts to deliver, The ICIR continued its generosity by supporting the platform’s journalists with grants and consistent training.

The platform that was en route to total annihilation suddenly bounced back and began to chase big stories. We moved from a position of evident vulnerability to an emergent newsroom discomforting the high and mighty– delivering journalism for the public good and trying to hold power to account at the local level.

The history of WikkiTimes and its evolving thirst for serious journalism is, more than anything else, a bigger reflection of the 10-year impact of the International Centre for Investigative Reporting, ICIR.

As the saying goes, one’s success cannot just be measured by the quantum of accolades amassed, but by the number of those you supported to become successful– persons and organisations alike. Therefore, the level of success The ICIR accomplished during these 10 years of hard work should remind us on one hand, and pacify us on the other that the Nigerian project we all dream of is possible. We can attain it despite the challenges and treacherous forces of evil trying to downsize us.

The journey of The ICIR is a big reminder that although the media landscape in Nigeria is clouded with existential threats and monumental challenges– particularly for outfits that cannot afford to look away while our democracy crumbles– it still can work in some form. It, still can strife to succeed. It still can hold power to account. It still can improve our democratic ideals and freedom. It still can discomfort the high and mighty and force them to retreat– and sometimes surrender for the benefit of the hoi-polloi.

The journey of the ICIR has shown that the Nigerian media can retrace its step and bounce back. The media industry has a lot of lessons to learn from The ICIR. The industry needs to understand that independence and financial freedom are fundamentally important for journalists and newsrooms. The media industry has to reflect– and concede, that for it to deliver the Nigerian project, its journalists must have the capacity, courage and competencies to face the high and mighty. We must be deliberate in checking the excesses of the people in power. We must be deliberate in insisting that our institutions work. We must be deliberate– and must be interested in what is happening in the corridors of powers at all levels. And for us at WikkiTimes, we strongly feel that The ICIR model of journalism is the way to go.

The breed of journalists the platform has moulded in just 10 years– who are delivering excellent journalism and other media-related work is worth celebrating and learning from. Journalists of international repute– the Fisayos, the Chikezie’s, the Amzats, the Bamas, the Ojetundes, the Opeyemis…the list goes on– had their competencies and capacities improved by The ICIR. Trace their footprint and what they currently do– it is nothing short of excellent journalism and a show of professionalism.

The ICIR continues to wither the storm despite a series of obstacles– from threats to the lives of its reporters, legal threats, harassment by law enforcement agents and so. All these obstacles The ICIR, like many accountability newsrooms, continue to face haven’t deterred it. It wants to bite harder. And that perhaps explains the mode– and mood through which the ICIR is celebrating its 10-year journey.

In the words of its founder and Executive Director, Mr Dayo Aiyetan: “we are not where we want to be because corruption still persists in Nigeria, but I will say we have achieved a lot that we set out to do.”

“Our strategy which has worked perfectly for us is that we have collaborated with other media houses,” Aiyetan reaffirmed ICIR’s support for other newsrooms; adding, “We have been at the forefront of collaboration between media and CSOs. Beyond that, we are encouraging collaboration between the media and even government agencies, and that’s why we share intelligence sometimes with the military, DSS, and ICPC.”

It is against this backdrop that the ICIR brings together media moguls from far and near to deliberate on ways media outlets in countries like Nigeria could sustain themselves. Today’s event housing key players in the industry at the Transcorp Hilton Hotel Abuja is another reflection of the vision of its founder.