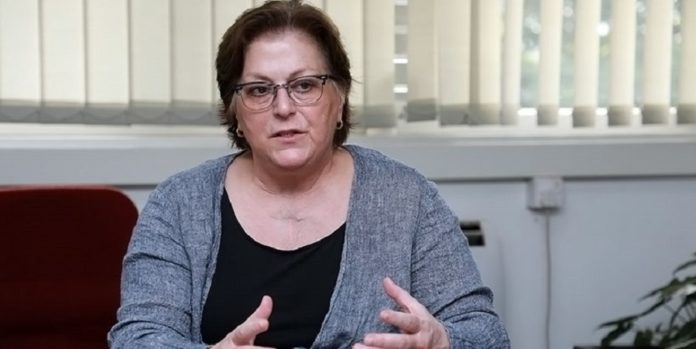 THE United States (U.S.) government has said that it is committed to supporting initiatives that enhance the fight against corruption, promote transparency and empower reforms in Nigeria, ICIR reports.

U.S. Consul General Claire Pierangelo made this known on Friday during the launch of a website to promote Nigerians’ involvement in the fight against corruption, reportmagomago.com.

“Countering corruption is not only a key concern in Nigeria but also a core U.S. national security priority for the Biden Administration. Growth and development, consistent with the richness and strength of Nigeria, depend on a new narrative and a culture where corruption has no place,” she said.

The website was launched in Lagos in collaboration with the Inter-Religious Coalition Against Corruption in Nigeria.

“During the event, participants received a guided demonstration of the ReportMagoMago.com platform. In addition, political, traditional and religious leaders, members of law enforcement, judicial officers and civil society representatives renewed their commitment to the fight against corruption,” she noted.

Pierangelo also urged Nigerians to show commitment to the fight against corruption by using the website saying that it provided a platform to report corruption.

She was optimistic that the initiative would encourage Nigerians to speak up against corruption and mark a new beginning in citizens’ engagement in the anti-corruption fight.

The ICIR reported that Nigeria’s corruption perception index had worsened, as the country dropped from 149th to 154th place out of 180 countries.

The ranking was based on Transparency International’s (TI) Corruption Perceptions Index (CPI 2021) report on Tuesday.

The country’s ranking has continued to spiral downwards since 2015, despite promises by the President Muhammadu Buhari to rid the country of corruption.

Though the Nigerian government had previously described the TI’s rating as unfair, a report by the country’s Auditor-General has shown that Ministries, Departments and Agencies (MDAs) disbursed funds without authorisation.

Previous articleWhy I Will Be A Better Presidential Candidate Than Atiku- Bala Mohammed
Next articleNIMASA Paid N37.69bn Into FG Coffers In 2021 -DG