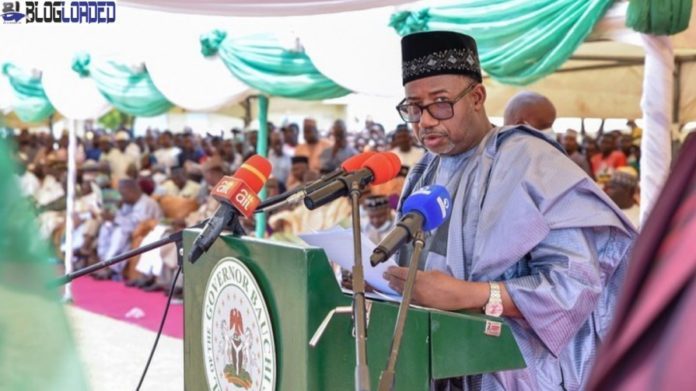 Bala Abdulkadir Mohammed, the Bauchi State Governor, has on Saturday, announced the approval of N100million by the state government for the 2022 National Quranic Recitation Competition to be hosted by the state.

Inaugurating a 52-man local organising committee for the competition, Governor Bala stated that N153 million was earmarked for hosting the competition out of which his administration approved N100million.

He said, “I wish to say that the Ministry of Religious Affairs in conjunction with the Usman Dan Fodio University, Sokoto and other government agencies have submitted a budget of N153million and the government is providing N100million for this committee.

He said the organisers should source the remaining N53 million. “To liaise with individuals, corporate organisations and stakeholders within and outside the state to solicit for their contributions to complement the funding of the programme.”

The governor added that the competition was a learning ground for Muslims, particularly on how to read, recite and memorise the Holy Qur’an.

The 36th edition of the national competition which is slated to hold on Friiday18 March 2022, at the Government House Bauchi, Governor Bala said would provide the state the opportunity of ensuring that the edition would be remembered for a long time.

“As we all know, the Musabaqa is a process of training Muslims, particularly the younger ones, the correct reading, recitation and memorisation of the Glorious Qur’an with its translation.

“Hosting the 36th edition of the National Quranic Recitation Competition by the Bauchi State Government in collaboration with Usman Danfodio University, Sokoto, is an opportunity to organise the best ever national Musabaqa.”

He noted that the committee would also account for the fund spending and submit its report two weeks after the competition.

Bala however, mandated the committee to form subcommittees to plan, organise and execute and monitor the conduct of the competition in collaboration with the organisers, assuring the committee of his support to enable members to carry out the assignment successfully.

Meanwhile, Governor Bala debunked the rumour that his administration is planning to abolish Tsangaya and other modern Qur’anic schools in the state.

He said it is baseless news circulating around the state, however, stressed that the state government was against street begging by Almajiris.

He maintained that Tsangaya and other Qur’anic schools were platforms for learning Islamic knowledge, recalling that participants in the national Musabaqa were produced by such schools.

Responding, Alhaji Abdullahi Maraba the Chairman of the committee thanked the governor for selecting members to serve in the Committee, assuring that they would ensure transparency and accountability throughout the event.

Maraba, therefore, charged members of the committee to ensure teamwork among themselves to ensure the success of the mandate for the event to be transparent successful as well.