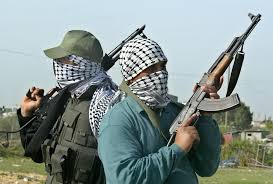 Unknown gunmen have stroke Alkaleri local government area of Bauchi State killing four persons in the process of the bout.

WikkiTimes gathered that three other persons were injured.

The youths from the village and surrounding villages were said to immediately mobilise themselves and resisted them and they were unable to go with the abducted people.

Read: Bauchi Communities In Distress After Gunmen Kill Three, Injure One In A Failed Kidnapping Attempt

A resident of the area who preferred anonymity, told journalists, “The attackers arrived in the community around 11:45 pm on Thursday.

“They came on motorcycles and when people raised the alarm they started shooting sporadically and fled to the bush. Unfortunately, four people were killed in the process.”

Chairman of the LGA, Yusuf Garba, also confirmed the incident to journalists in Bauchi on Friday, saying that the bandits stormed New Tudun Wadan Jada, with the intention of abducting the hamlet head but when people raised alarm, they abandoned their mission and fled.

He said the gunmen attacked the area through the largest border forest with Taraba, Gombe and Plateau States, adding that security operatives are on their trail.

Garba said a security council meeting with the State security chiefs and the Secretary to the State Government has been held to discuss the matter while security operatives have been deployed to the area.