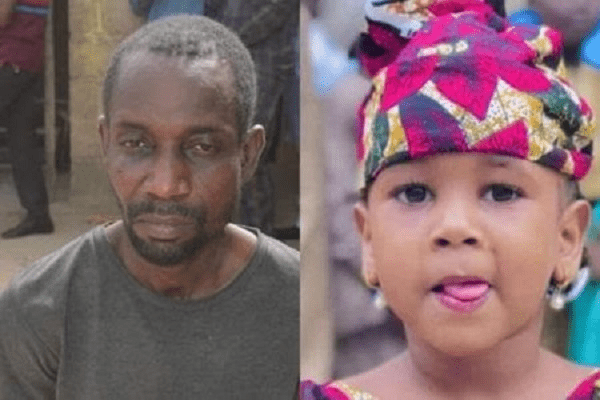 Abdulmalik Tanko, the prime suspect in connection with the kidnapping and murder of the 5-year-old pupil, Hanifa Abubakar, has retracted his earlier confession and denied the murder charges leveled against him.

When the charges were read to him and his accomplices on Monday, Tanko and the second accused person, Hashimu Isyaku, pleaded not guilty to the charges, except the charge of Criminal Conspiracy.

On her part, the female accused person, Fatima Jibrin, pleaded not guilty to all the charges, insisting that she did not write a letter to Hanifa’s parents stating that a ransom of N6 million was required on behalf of Abdulmalik Tanko, as read to her.

WikkiTimes gathered that Abdulmalik Tanko had on January 20 confessed to newsmen at the Kano State Police Command that he kidnapped and killed the victim, with N100 rat poison before burying her remains in a shallow grave in one of his schools.

“She stayed in my family house for about two weeks before I killed her. I killed her after some teachers in my school came to my house.

“I became suspicious. I thought they came to investigate me because they said the girl had once mentioned my name. It was after that visit that I gave her rat poison. I then contacted my friend and asked for his help to dig a hole where the girl would be buried.

“I demanded the sum of N6 million from the parents. I contacted them through the phone number her parents gave the school.” He earlier revealed.

It should be recalled that Hanifa Abubakar was abducted on December 4, 2021 on her way home from school Kids Academy in Kano and subsequently discovered to have been killed by her teacher and school proprietor, Abdulmalik Tanko, after demanding N6m ransom.

Citing Section 36 (6b) of the 1999 Constitution, the lawyer of the trio, Mr. ML Usman, requested the prosecution to serve him with all facilities in the case within one week to prepare for an accelerated hearing.

The presiding Judge, Justice Usman Naabba therefore, granted the application and adjourned to March 2 and 3 for hearing. He, however, ordered that they be remanded in prison custody until the next arraignment.

Kano state government had filed a five-count charge against Tanko, alongside his two accomplices, Hashimu Isyaku and Fatima Jibrin, before a High Court 5 in the state.

The three suspects were charged with criminal conspiracy, kidnapping, concealing/keeping in confinement a kidnapped person and culpable homicide, contrary to Sections 97, 274, 277 and 221 of the Penal Code.