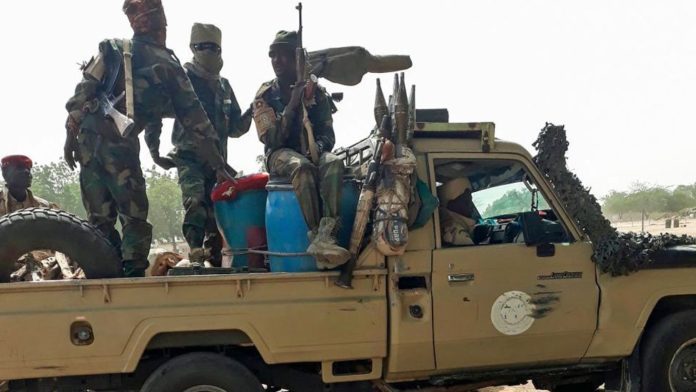 Armed members of Boko Haram suspected to be the ISWAP group on Thursday invaded Gubio Local Government Headquarters of Borno state and kidnapped the Principal Medical Officer, PMO, Dr Geidam Bulama, who is the only Medical Doctor serving in the whole Council.

Vanguard reported that the incident is coming in just less than a week, when some group of terrorists invaded Monguno local government area and kidnapped a senior staff of an International Non-Governmental Organisation, INGO, Mallam Alkali Mohammed.

Gubio is north, and about 70kms away from Maiduguri the state capital, which has been living peacefully in recent times.

The kidnapping of Dr Bulama according to residents took place when insurgents rode in a camouflage Hilux vehicle and motorcycles and freely entered the resident of the Medical Doctor located a few metres away from security formations and went away with PMO at about 2 am without confrontation, even as the insurgents did not touch anyone else nor loot property.

A resident who gave his name as Mohammed Usman Shettima said, the insurgents after whisking away the PMO attached to the general hospital, came back after 30 minutes and set ablaze over 74 houses in the town, fortunately, no life was lost in the incidents.

Reacting to the incident, the Executive Chairman of Gubio, Hon Bukar Sulum Zowo expressed shock over the abduction, but insisted that, no Boko Haram member set a house ablaze in Gubio, as the fire incident was a natural disaster that took place a day before the abduction.

He also dismissed claims in some quarters that his administration is not doing enough to the welfare and logistical needs of local hunters/vigilantes who have been complementing efforts of troops in the fight against Boko Haram in Gubio.

“The house of the PMO is just a few metres away from the Divisional Police Headquarters and a military formation located in the heart of Gubio town.

“It is very unfortunate that the security situation in Gubio town is now deteriorating these days, as we have started witnessing Boko Haram invasion without confrontation.

“Unlike before where the former Caretaker Chairman of Gubio, Hon Modu Gubio used to allocate resources to the security apparatus and provision of operational vehicles to our Civilian Joint Task Force, CJTF/hunters/Vigilantes in complementing efforts of the military and other security agencies in the council, the present administration under the Executive Chairman, Hon Bukar Sulum Zowo is not doing anything to these regards, hence, the neglect aggravated recent attacks on our communities.

“Just yesterday, armed insurgents kidnapped our PMO attached to general hospital Gubio, the insurgents also came back after 30 minutes and set ablaze over 74 houses in the town, fortunately, no life was lost in the incidents.” Shettima lamented.

When contacted on phone, the Commissioner for Health, Mrs Juliana Bitrus confirmed the incident.

“Yes I just received a distress call this morning (Wednesday) that our resilient PMO, Dr Bulama was kidnapped by suspected terrorists in Gubio town.

“The ministry is very sad about the incident, we are liaising with appropriate security agencies and stakeholders to ensure safe return/freedom of Dr Bulama, as we solicit supports and prayers from all and sundry please.” Mrs Bitrus said.

Meanwhile, the Executive Chairman of the Council, Hon Zowo who was in Maiduguri on official engagement rushed back to Gubio to ascertain the actual abduction saga.

Speaking to our Correspondent on the phone while in Gubio, Zowo said, “We are really shocked over the abduction, but I want to debunk that no Boko Haram member that set a house ablaze in Gubio. It was a fire incident which is a natural disaster that took place a day before the abduction.

“I want to also debunk claims in some quarters that my administration is not doing enough to the welfare and logistical needs of local hunters/vigilantes who have been complementing efforts of troops in the fight against Boko Haram in Gubio.

“Just yesterday, the council under my leadership has repaired three operational vehicles which were handed over to our local hunters/ vigilantes, we have also procured communication gadgets and distributed to these groups of hunters and men of the Civilian Joint Task Force for easy communication and intelligence gathering.

“While in Gubio, I have had a meeting with military authorities, and troops are currently pursuing the fleeing terrorists who were suspected to be those who abducted the Medical Doctor,” Zowo stated.