How I Was Hypnotised, Raped, Impregnated By Prophet — 16 yr-Old Girl 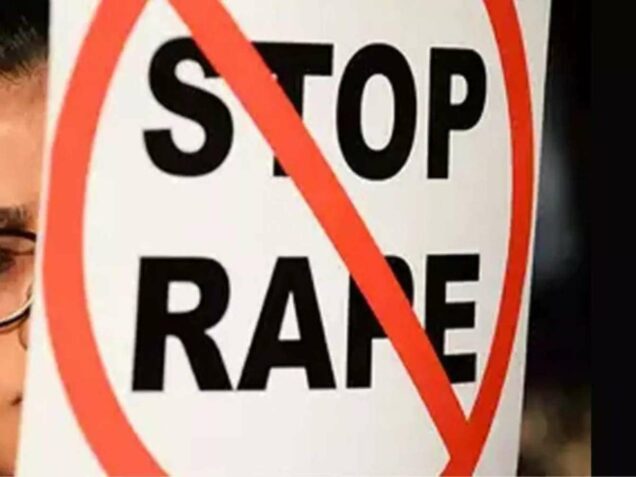 A teenage girl, Bukola who is presently nursing a baby has revealed that she was hypnotised, raped and impregnated by Isaac Anibaba, a Prophet in the church she attends with her mother in the Surulere area of Lagos State.

According to Bukola, “I can’t recollect most of the incident that happened on the night I lost my virginity. But I remember vividly the threat from Isaac Anibaba, a Prophet at the Church of the Lord, Aladura.”

“He said that I shouldn’t tell anyone or I would die. But after I missed my menses, I went to tell him. He started giving me herbs for abortion, but the herbs didn’t work.”

Recounting how it all started, Bukola alleged that Anibaba called and told her that God revealed to him in a vision that she would fail in her educational pursuits. She immediately told him that since that was the case, there was no sense in wasting her time, trying to get an education. She told him that she would look for where to apply as an apprentice hairstylist.

Anibaba, however, urged her not to fret, that he had a solution, which he had given to other students in Bukola’s situation. He would give her something that would help in making her become an academic success through secondary to university level.

She said: “He gave me something to insert into my private part. I went to the bathroom and inserted it. He warned me not to tell my mom. I thought it was part of the prayer activities. He told me that he had also assisted other students in the same way and that many of them were now overseas. After I inserted it, I couldn’t recollect anything. When I came back to my senses, I was in an uncompleted building, which was inside the church compound. I was naked and Anibaba had a white cloth stained with blood in his hand. I was hurting between my thighs.”

Following her discovery that she was pregnant, Bukola who was a Senior Secondary School student (SS1) when she was allegedly raped and impregnated by Anibaba, dropped out of school and today has become a mother, even while still a child herself.

Before the birth of the child, Bukola had been living from hand to mouth and when the baby finally arrived, the situation worsened.

Bukola’s ordeal began during the COVID-19 lockdown in 2020. When her family had an accommodation problem that forced them to seek shelter in the Aladura church, where her mother Janet, worships, pending when she would secure accommodation.

Bukola said being a mother, while her mates were still in school was not how she planned her life. She said that her greatest desire was to pursue her dream of being educated to the university level.

In fact, after discovering she was pregnant, she still returned to her school, determined to complete her secondary school education, but the school management wouldn’t allow it.

Bukola, rather than watch her child starved to death, went job hunting, with her baby strapped behind. She got a job along the Cele Expressway, selling fufu and eko for a boss, who pays her N10, 000 monthly. It was from this money she buys diapers, clothes, food, amongst other things for herself and the baby.

When asked Bukola her desire concerning her situation, she whispered tiredly: “I would really like to go back to school. But I desperately need assistance to be able to fend for my child.”

Janet on the other hand goes from community to community, begging people to allow her to wash their clothes for a stipend. Bukola’s father, Toba, works in a factory in Ogun State and is on a N15, 000 monthly salary. Aside from Bukola, the couple has other children depending on them for feeding.

Reacting to the allegations levelled against him, Anibaba admitted impregnating Bukola but denied raping her. He explained that the matter was taken to a human rights group and an amicable settlement was reached.

He said: “It was not a rape case at all. It happened two years ago and I was reported to the human rights group because she was still in school. I was asked to take care of her until the delivery of the baby, which I did. I was sending money to her every month, but along the line, I lost my job and the church sent me packing, leaving me without accommodation.

“I had to keep my furniture and other property with a friend, and then went to squat with another friend. But in spite of everything, I borrowed money to ensure she was all right. After she was put to bed, I paid the hospital bill.

“What happened is not something to rejoice over, but I have learnt my lesson and prayed God wouldn’t ever let me encounter such a problem again. God is still punishing me for it, because ever since then, things have not been easy for me. My daughter didn’t go to school for a whole year. She and her mom are squatting with another friend.

I went to the Lagos State Government to get a birth certificate for the baby and registered him in my name. I was also the person that named him. Later, I had to confess to Bukola and her family that I didn’t have much on me, unlike before when I was working. On different occasions, my mom had gone to them with food items and clothes for the child.”

Anibaba further stated that his financial situation worsened to the extent that he was owing so many online loan platforms. “I had to return to the human rights group to tell them my challenges, and it was agreed that my mom would take Bukola and the child to live with her, take care of them and feed them.

“It was also agreed that while my mom babysits, Bukola would return to school. That was our last discussion and Bukola’s family members said they would go and think about it. I have not heard anything from them to date.

“In order to survive and make ends meet, I had to go and take up a job as a driver, but I was involved in an accident and that’s another problem I’m still battling to resolve. Bukola also told the human rights group when she was questioned that I didn’t force her. However, I have taken responsibility for my actions.”

This Report was Culled From Vanguard