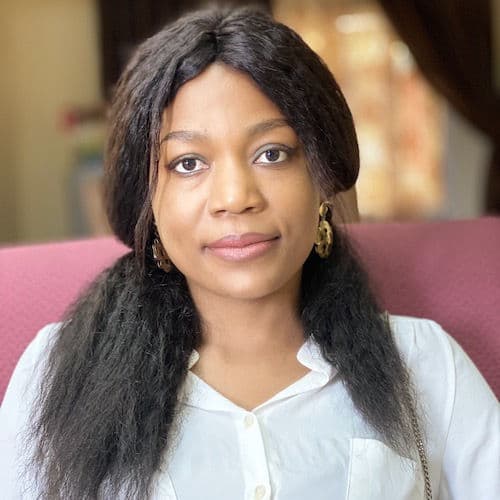 Victoria Bamas, the Team Lead of FactCheckHub, a fact-checking platform of The International Centre for Investigative Reporting (ICIR), has been appointed editor of the organisation.

Bamas takes over from Ajibola Amzat who is now the Managing Editor of the Centre’s news website, www.icirnigeria.org.

Other announcements made include the elevation of Odinaka Anudu, erstwhile News Editor, to Deputy Editor and Opeyemi Kehinde, who moved from Head of Digital Content Unit/Deputy Lead, FactCheckHub to become Editor of FactCheckHub.

Dayo Aiyetan, the Executive Director of The ICIR, said the appointments were made to reposition The ICIR as a key player in the media industry in Nigeria.

He said that in adapting to the realities of the times, The ICIR would be exploring new economic sustainability models to secure the future of the media organisation, including launching its online newspaper before the end of the year.

He said that the newspaper’s launching would coincide with the Centre’s 10th-anniversary celebration slated for later in the year.

Aiyetan noted the occasion of the anniversary celebrations would offer an opportunity to launch the New York office of the organisation.

Before joining The ICIR in 2018, Amzat had previously worked with The Guardian newspaper, the flagship of Nigerian print journalism and rose to the position of Features Editor.

While at The Guardian, he covered various beats, including Property, Tourism, Education, Art, and Insurgency in the Northeast.

He had also worked as Copy Editor for SaharaReporters in New York and as Southern African Correspondent for the London-based IQ4News and Opinion Article Writer for Grocott Mail, the oldest newspaper in South Africa.

He holds Higher National Diploma (HND) in Marketing from the Polytechnic Ibadan, a Bachelor of Science Degree in Mass Communication and a master’s degree in International Law and Diplomacy from the University of Lagos.

In 2011, he won the Knight Scholarship to study Journalism and Media Studies at Rhodes University, South Africa. He later obtained a scholarship to study Data Journalism at Columbia School of Journalism, New York in the United States. He is currently undertaking an executive programme pursuing a Master of Business Administration Degree at the Quantic School of Business and Technology, Washington DC. Mr Amzat specialises in Investigative and Data Journalism.

Bamas is a multimedia journalist with an interest in digital storytelling, social media engagement, fact-checking and media literacy.

She has experience producing content for television, radio, print and digital platforms in Nigeria.

She was the pioneer Team Lead and Editor of the Centre’s fact-checking operation, The FactCheckHub, where she oversaw the implementation and execution of the project as well as relations with relevant stakeholders.

She was part of the team that won a 2015 WANIFRA young reader prize for their Read2Grow project for Daily Trust Newspaper.

At Daily Trust, aside from being a member of the innovation committee, she also was part of the team that shaped its online and multimedia strategies.