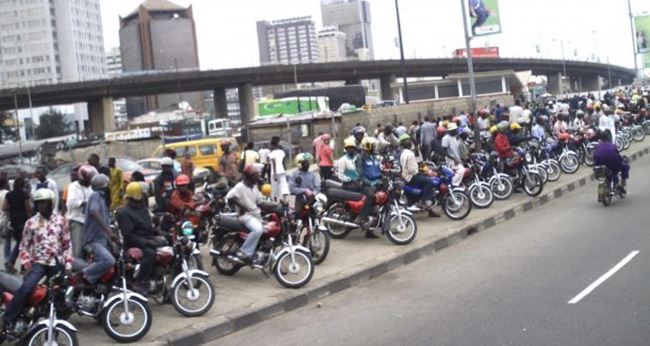 Safety and security of air passengers at the Lagos airports is currently under threat as motorcyclists known as Okada, have taken over the Lagos Airport access road.

The Federal Airports Authority of Nigeria (FAAN) had restricted operation of motorcycle riders at the Lagos airport with billboards erected at various points of the airports, thereby, warning against operation of riders.

But due to weak or lack of enforcement from FAAN and other relevant authorities, the restriction has been violated with reckless abandon by the riders who have field day accessing the airport.

This has, however, raised concerns among aviation stakeholders who believe the Okada menace currently threaten peace, security, safety of passengers as well as facilities in the Lagos airport, urging concerned authorities to address the issue.

They also argued that FAAN lacks the political will to enforce the ban saying most riders are either their staff or belong to other security forces in the country.

Speaking to LEADERSHIP on this development, the secretary-general, Aviation Round Table Initiative (ARTi), Capt. John Ojikutu (rtd), said the riders are a threat to security at the Lagos airport.

Ojikutu, a former commandant of the Lagos Airport said, they could be responsible for a series of security breaches recorded at the Lagos airport.