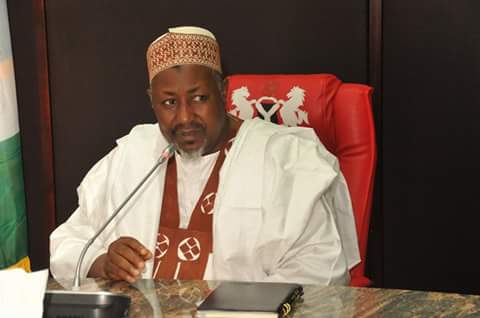 Health workers in Jigawa State have decried the non-payment of their monthly salaries for the period spanning over 16 months by the Jigawa State Governor Muhammadu Badaru Abubakar.

The affected health workers is a crop of nurses and midwives Governor Badaru absorbed into the services of the state in 2018.

Some of the health workers who spoke to reporters in Dutse on the condition of anonymity said despite effectively discharging their duties at their duty posts, they are yet to receive a penny from the state government in the name of their salary for a single month since they were employed.

“We have been employed since February 13, 2018, and we have been working for 15 to 16 months but the Jigawa government has not yet paid our salaries,” an angry Jigawa State health worker bemoaned.

He said the health workers along with midwives and the Jigawa State Chapter of the Nigerian Labour Congress, NLC have tried all possible negotiation means to get their salaries paid to them to no avail.

“We went to the office of the Secretary of the Ministry of Health and complained to him about non-payment of salary for 16 months, which is in line with the Jigawa State Employment Act.” He added.

Efforts to get Jigawa State Health Liaison Officer, Najib Umar, comment on the matter returns no response from his end.

Nigeria’s health sector suffers negligence for over decades ranging from lack of timely payment of entitlements and motivations by the governments as well as poor structures and inadequate equipment for improved health services.