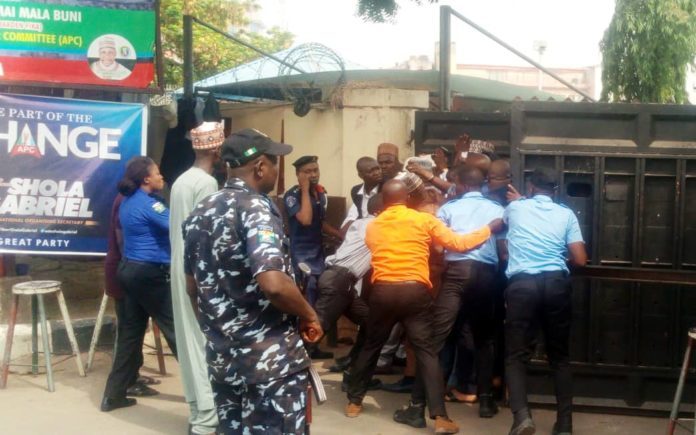 George Agba, a correspondent of LEADERSHIP Newspaper has been attacked by thugs at the National Secretariat of the All Progressives Congress, APC in Abuja.

Agba, who is a senior correspondent with LEADERSHIP, was attacked on Monday during the inauguration of the newly elected state leaders of APC despite the heavy presence of security personnel at the venue of the event.

Thugs at the entrance of the secretariat manhandled Agba snatching his phone only to be rescued with the intervention of security personnel.

It was learnt that the thugs are those loyal to the Kogi State party chairman who had difficulties gaining access into the party secretariat.