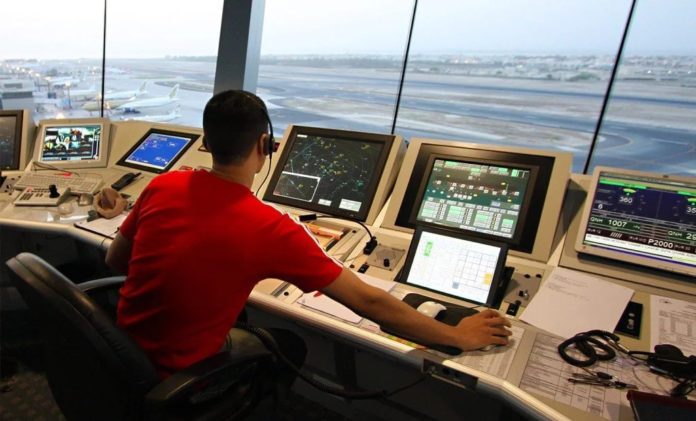 The Nigerian Airspace Management Agency, NAMA, has appealed to Bauchi State Governor Bala Mohammed Abdulkadir to provide it with an office to accommodate the newly inaugurated seven offices apartment in the state to make room for effective service delivery to not only the people of the state but Nigeria as a whole.

A few days ago, Governor Bala Mohammed drew the attention of the Nigerian Airforce to an unknown helicopter flying over the Lame Reserve, which he insisted that the said aircraft must be investigated to certain its identity to avert any security breach in the state.

Mr Hakuma Isau Yaro, Airport Manager of the Agency, made the appeal in Bauchi during the inauguration ceremony of the apartment constructed at the Sir Abubakar Tafawa Balewa International Airport Bauchi.

The Airport Manager said that when the offices in the apartment are provided with adequate equipment, would enhance productivity as the staff would operate under a conducive atmosphere.

He said that the newly inaugurated edifice lacks furniture, water reticulation, electricity among others hence the need for state government support.

According to Mr Yaro, the offices were constructed by staff of the agency as part of their social responsibility, commended the state government for providing them with a plot of land for the construction.

Speaking earlier, the Director of Planning and Statistic in the Bauchi State Development Board, Abdulmalik Yau commended the staff of the agency for constructing the edifice and pledged the government’s continued support to the agency’s effort.

WikkiTimes recalls that NAMA has on January 28 notified the crash of a helicopter belonging to Nigerian Police force Bell 429 5NMDA, flying from Abuja to Bauchi, where some persons on board sustained injuries, a claim the Police refuted, insisted that no injury was sustained whatsoever.

Previous articleBuhari Tasks Chief Of Staff, SGF, On Youths Inclusion In Governance
Next articleGroup Demands Ease Of Access To Healthcare Services In ATBUTH