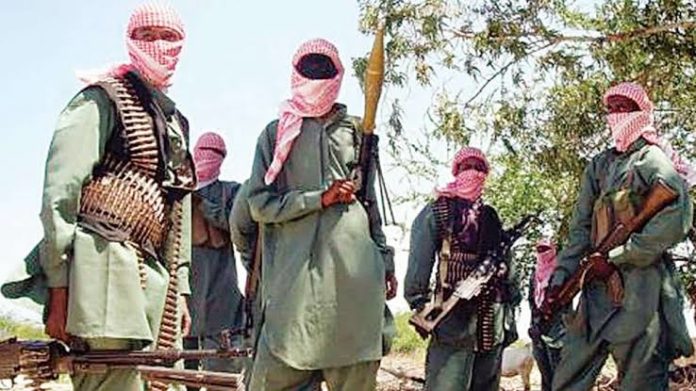 The terrorists killed 30 resident at Dogon Noma village, and two at Ungwan Sarki before heading to Ungwan Maikori where they hacked one Mamiya Maikori.

However, the Kaduna State Government was quiet about the attack until it gained social media traction yesterday.

WikkiTimes understands the government reacted because the claim of aerial support the bandits enjoyed was becoming talk of the moment. Hence, an official statement was released yesterday to counter the claim. This was four days after the attack.

“The bandits attacked the first two locations and killed 32 citizens. They then headed into Ungwan Maikori, where they killed one person and burnt some houses,” said Samuel Aruwan, the Kaduna State commissioner for Internal Security and Home Affairs.

Locals told newsmen the bandits used a helicopter during the attack. “When the bandits started attacking the villagers, some youths assembled themselves to confront them. But a helicopter appeared and started raining bullets on the youths. It killed them all,” an insider told WikkiTimes.

However, Aruwan refuted claims that the terrorists used aerial support to assault communities and kill villagers.

“While the government mourned the gruesome killing and burning of houses in the attacked locations, a report was published suggesting that the victims of the attack were killed by terrorists using a helicopter,” the commissioner said, adding the story was not true.

According to him, the terrorists in large number invaded the viallge on motorcycles but were confronted by military helicopter.

Residents who spoke with WikkiTimes did not buy into what the state government said in its statement. They were stunned the government was reacting to the incident four days after its citizens were murdered.

“An Air Force helicopter (under Operation Whirl Punch) dispatched to the area, had earlier scanned the first two locations and sighted burnt houses and properties on fire,” said Aruwan. The helicopter intercepted the bandits at the last location (Ungwan Maikori) and engaged them as they retreated, before the arrival of ground troops to the general area.”

This did not sit well with the aggrieved residents. According to them, there would have been casualties on the terrorists side if the helicopter was under the military control as the state government had claimed.

“We have a problem with the government’s claim,” a resident told WikkiTimes. “Though I was not there. But It is hard to trust the government because this attack happens almost every two weeks. It is a constant scenario.”

According to the resident, the Sunday attack got to the media because of the peculiarity involved. “It has been happening and people are used to it,” said the source. Hearing a helicopter sound passes  a message to the resident, WikkiTimes learnt.

“Ask the witnesses. When they see helicopters, it means there would be an attack the following day or in two or more days,” the source added. “You see why we can’t trust the government! First of all, the attack occurred on Sunday and you did not make a statement or announcement until Thursday because the victim cried out and it went viral.”

At press time, there was no accurate number of kidnapped victims yet. But sources told WikkiTimes scores were whisked away.

However, Aruwan claimed the arrival of the air asset deterred the bandits from further attacks on the residents of Ungwan Maikori village, after the bandits had already killed one local and burnt several houses.

His words: “The Government of Kaduna State, having gone through all the facts, finds it regrettable that a section of the media would circulate an unverified report, insensitive to its implications on national security, law and order.”

He, however, challenged residents who told media outlets that bandits were aided by helicopter to present their factual accounts before the government.

Meanwhile, WikkiTimes gathered that the state government has gone to the extent of inviting some vibrant voices who identified with the harmless residents. Some of them were invited and grilled by Yekini Ayoku, the Kaduna State Police Commissioner.