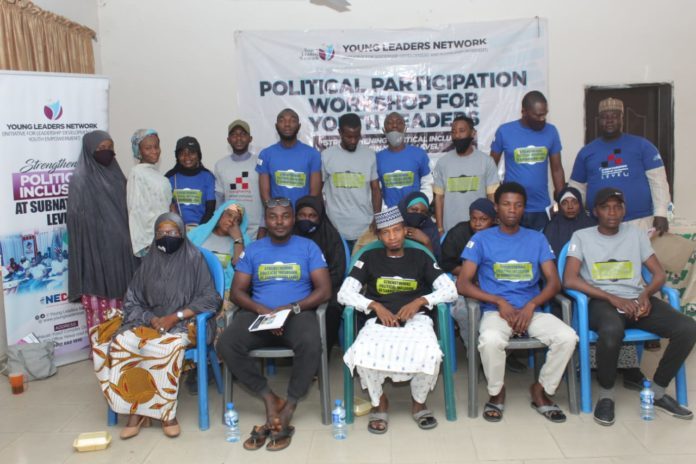 A Bauchi based NGO has trained about 160 youths including women on leadership skills on advocacy ahead of the 2023 general election.

Mr Nicholas Oshojah Afeso reminded participants that their focus should be to educate aspiring candidates about the negative effects of corruption, nepotism and tribalism in politics.

“You need to be conscious of the fact that if this negative tendency is not checked it will be difficult for youths to elect credible candidates and once people of doubtful characters are voted into power, we should not expect any positive change” he added.

Mr Nicholas Oshojah Afeso advised participants to educate their counterparts to vote for youths and women aspirants saying however that “you must register with any of the leading political parties to be able to vote or contest for any elective post, as independent candidature seems to be a new development in this country”.

Danjuma Kusko, YLN Programme Officer, stressed the need for youths to guard against the vices that had hindered the country from attaining greatness in politics including the

“pool him down syndrome, romance with money bag politicians and those promoting discord among Nigerians.

Mr Kusko recalled the enviable record set in Bauchi LGA where four candidates of different political parties emerged victorious, noting that “this is a sign of political maturity by the electorates and this idea must be promoted by the youths in order to have people of impeccable character in charge of the affairs of the state and the country come 2023”.

Commenting on the workshop, the programme officer of the YLN in Bauchi LGA, Mr Tajudeen Dikko, said youths have resolved to work together, irrespective of political affiliation to identify credible candidates that would vie for elective posts next election as discussions have reached an advanced stage to change the mindset of the electorates.

Hauwa Kabiru of Arewa Youths and Women for Change Association promised to sensitize women folk through social media and at public gatherings such as Clinics, Schools, Markets and during Marriages and naming ceremonies adding that “through our numerical strength, we can achieve our goal of voting for credible youths candidates.”