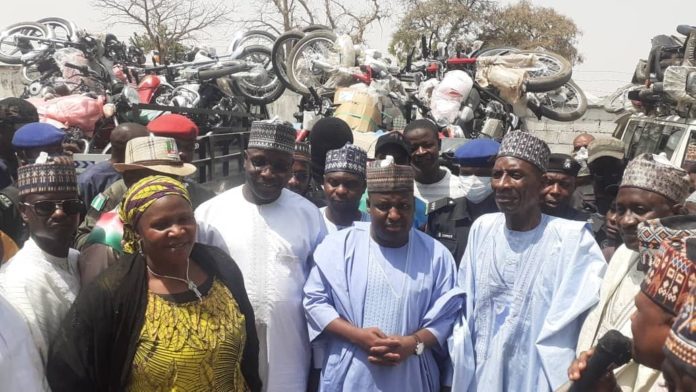 Nura Manu Soro, a gubernatorial aspirant under the platform of the All Progressives Congress (APC) in Bauchi State, has donated 20 cars and 225 motorcycles to the party in the state.

Distributing the vehicles at the party secretariat on Tuesday in Bauchi, Nura said that each local government will be given a car while the motorcycles will be distributed to the 225 political wards across the state.

He explained that the donation was his contribution to building the party in the state, particularly as the 2023 general elections were drawing nearer.

“I am one of the loyal law-abiding sons of the party in the state and I feel it is necessary for me to make such contribution in order to strengthen our party, the contribution came from my friends and well-wishers.

“The party is ready and determined to take over power from the ruling Peoples Democratic Party (PDP) in 2023. I urge the leaders of the party to continue in their efforts to promote peace, unity and justice. Whoever wins the primary election should be supported by all members of the party to succeed,” he said.

Receiving the donation on behalf of the party, the State Chairman of the Party Babayo Aliyu Misau thanked Nura Manu for his efforts in strengthening the party and pledge to provide a level playing field for all aspirants during the primary election in the State.