A’isha Usman, a nursing mother from Mararaba community in Karu Local Government Area, Nasarawa State, was bedridden when she learned that her new apartment had been demolished by Nasarawa State Urban Development Board (NUDB).

According to the nursing mother, that was the second time her house would be pulled down. “I built one over there and it was destroyed and I was relocated to this place with no compensation,” she said.

She told ATP Hausa that she denied herself and her children food and invested for the building which is now in tatters.

A’isha noted that her husband is a retiree and cash-strapped. “It’s my daughter that is helping me with the little she gets,” she cried.

The woman explained that when NUDB agents came to the scene, they were shooting guns and tear-gassing people and the residents were frightened.

Responding to the development, the Chairman Karu LGA Land Sellers Association, Alhaji Sani Ahmad Zangina, described the board’s decision as an injustice. “It’s injustice against us,” he said.

He alleged that the Managing Director of the board, Mohammed Wada was selective in his operation. 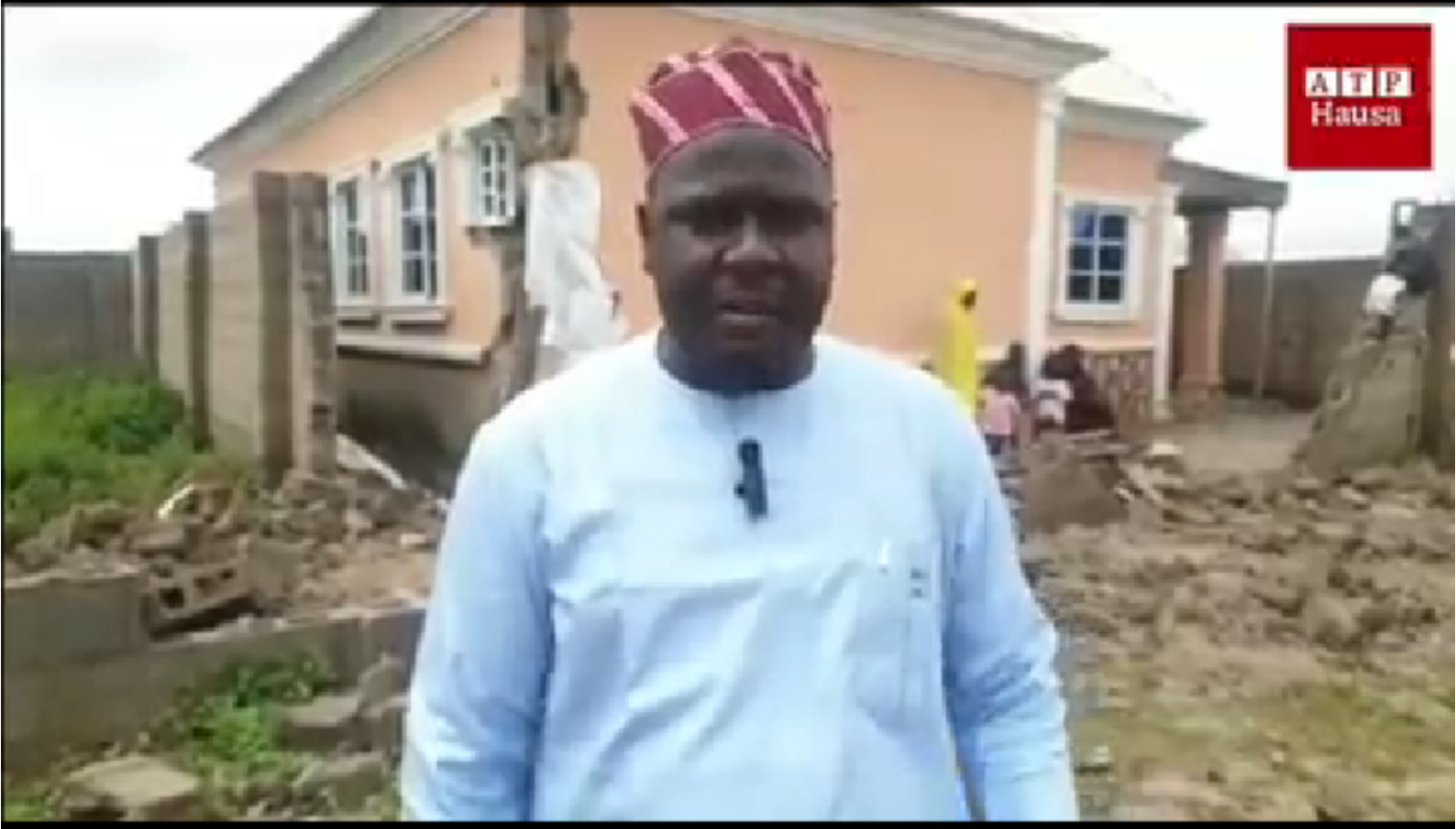 Zangina said they have written several petitions against the board with respect to what he described as the one-sided demolition. “As I am talking to you now, there is a case we reported to the EFCC,” he said.

He added that the way things were going made them even begin to suspect if bribery was going on in the board.

The chairperson decried that some of the victims are vulnerable women with small babies. He avowed that his union would take legal action for the victims and also write to the governor to inform him of the development.

When WikkiTimes contacted Wada, the Managing Director NUDB, he refuted the claim and described Zangina as one of the criminal land grabbers.

“He has several land cases. He scams people with the land. He is the kind of person that grab land and sell to people illegally,” Wada told WikkiTimes.

READ: For Having Phone Contact of Her Friend’s Lover, Girl Gets Stripped, Tortured in Nasarawa

He acknowledged that NUDB was responsible for the demolition, justifying it as it lacked board approval.

“It was our trucks that carried out the exercise because they have not followed due process to acquire the land and we can’t guarantee their standards,” he added.

The director urged the buyers to acquire board’s approval and clearance before commencing any developmental work, especially in urban areas.

“But if you commence a developmental work without our approval, we are legally mandated to demolish it,” he affirmed.