On Taming The Upsurge Of Killings of Minors 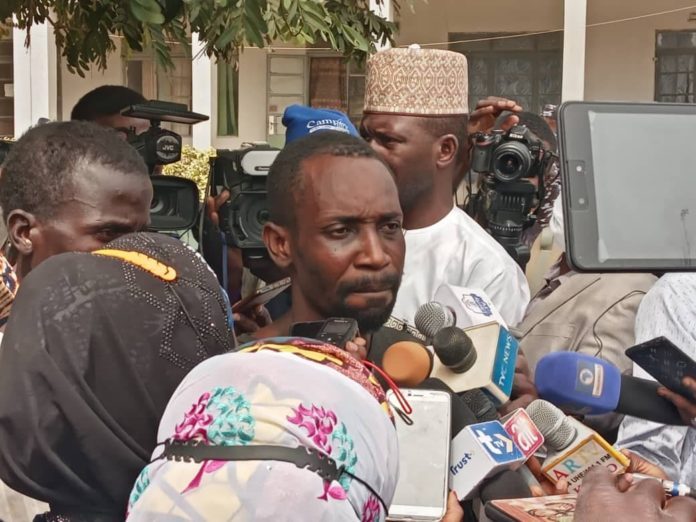 Children are one of the best gifts given to couples by Almighty God. They bring happiness to their parents. Every parent wants to see his/her children and be joyful. A child is a huge investment that every mummy and dad prioritizes and will not do anything to harm him.

Ostensibly, parents experience what could be described as an oxymoron –pain of joy while raising the kids. This pain begins at the conception stage –spanning through the 3 trimesters and to the labour room. The labour room experience does not last forever but the pain may do. It is said that many of these kids are now soft targets for ritualists and kidnappers. Our children are threatened, killed, maltreated, molested, raped, harassed, tortured and currently facing other forms of violence.

The killers would never be happy and might do anything if their own children face similar things they do to other people’s children. Apart from children being killed, there are incidences of adults also killed and they are majorly job seekers but unfortunately, fall into the hands of serial killers. Evidently, after the arrest of most perpetrators, they give reasons they engage in such barbaric acts as the influence of evil and bad friends. Mingling with bad companies one is easily convinced when their hearts are filled with an excessive love of money and other luxuries.

Terribly, some are into the business of killing minors by abiding to commands given by ritualists; in most times they ordered their visitors to bring some human parts of an under 10 years old which could be used as sacrifices to make them rich.

In other scenarios, some political classes in their struggle to win the heart of the masses to elect them during elections pay huge amounts of money to thugs or unemployed youths just to get them those human organs. Some people are excessively in the love with money, they do not have an iota of human feelings that is why their hearts trigger them to kill, remove the parts they want and dump the bodies like the case of the Almajiri boy killed in Bauchi last year.

The recent unforgettable killing and butchering of Haneefa who was just a five-year-old girl from Kano State made my heart bleed. According to Haneefa’s parents, the alleged killer, Abdulmalik Tanko was amongst the first set of people that went to console them after her abduction unknown to them, he masterminded the gruesome killing of Haneefa. The trending case of Haneefa is still fresh in the hearts of many, especially parents and a few hours ago, kidnappers of a young girl who was with them for over two months in Zaria, Kaduna State, called to inform her parents that they have killed her.

Just on Friday, a senior student of Elkanemi College of Theology slit the throat of eleven years old boy, named Jibril Sadi Mato. According to a close relative of the victim in her chat with BBC Hausa said that a senior student sent Jibril on an errand but he refused, the student used a razor blade and slighted Jubril’s throat; an in-depth investigation needed to be conducted and the senior student must be brought to face the wrath of the law. The increase in assaults and killings of children is gradually getting out of hand and if nothing is done to the perpetrators of their sponsors, they would continue doing more.

Parents should be mindful of people that play or give gifts to their children, nowadays the person you trust might surprise you with unexpected inhumane actions; therefore it is important upon them not to be letting them play outside their compounds and when a child is missing, parents should be reporting immediately to securities.

People in communities should also stop the practice of jungle justice which is taking the law into their hands, criminals of any offence need to be handed over to securities unhurt and securities should be concluding investigations and forward the case to courts.

There is a need for prompt judicial actions on kidnappers, killers, their sponsors or anyone found guilty so that it would serve as a deterrent to others.

Previous articleWhat We Can Learn From The Life and Legacies of the legendary Malam Aminu Kano
Next articleAgain, National Assembly Sends The Revised Electoral Bill To Buhari