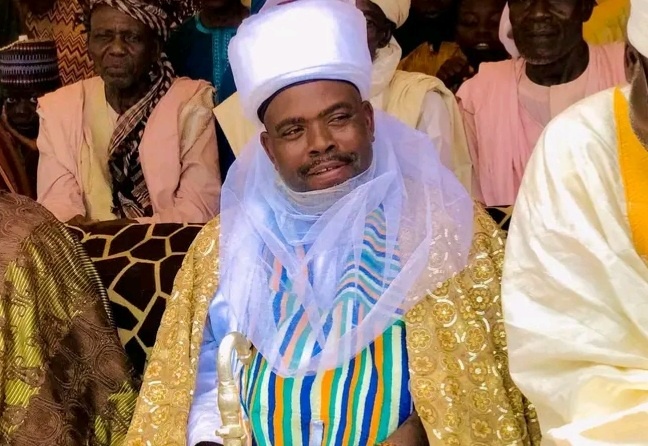 No fewer than six children sustained injuries from multiple gunshots by Mohammed Aliyu Shaba (also known as Ndalile), the traditional ruler of ancient Mokwa town in Niger State on Wednesday.

The monarch, inside sources said, was trying to subdue some protesting youths who besieged his palace to drive home their demand. Feared that the mob could inflict him, Shaba, started shooting sporadically into the air. “But the youth were unrestrained. They kept advancing to waylay him,” a source told WikkiTimes. “To protect himself and scare them away, he started shooting at the protestants.”

Unfortunately, stray bullets from him hit the minors who sources said were either coming from schools or going to theirr places of apprenticeship.

The monarch was civil before the incident spiralled out of control. “He had invited the police earlier but they refuse to come to his rescue,” another source said. “For over an hour, the police ignored his calls.”

A land feud between residents of Etisheshi and Shaba Lile, led by Ndalile,  has been taking different dimensions, but significantly in 2020, said an insider.

“The aboriginal residents of Etishehi had accused Ndalile of selling their land to Epa people,” a discrete source told WikkiTimes, adding the matter in previous years forced the aggrieved people to organise a protest against the monarch.

“The matter was later taken to the court but I can not say that this is the stage they are now,” the source added.

Surprisingly, the feud resurfaced on Thursday, following the arrest of Mohammed Kudu Twatcha, a school teacher at Government Girls College, Mokwa. Twatsha was among the committee selected to represent Etishehsi people in resolving the land feud.

“The man was accosted and whisk away by gun-wielding officials of the Department of State Security (DSS) in the school where he teaches,” another source told WikkiTimes. “What we heard so far was that the man’s arrest was ordered by a shariah court sitting in the town.”

To demand his release, angry youths from Etishehi stormed Mokwa highway and hindered vehicular movement “until they release the school teacher,” the source said. He could not say whether the man has been released at the time of filing this report.

The blockade lasted for more than two hours, WikkiTimes gathered, “The youths headed to the monarch’s palace to demand the release of their ally,” the source continued. “The monarch seeing them advancing fled his palace to an inner room, but the youth went in to fetch him out.”

Ndalile, the monarch, soon resorts to self-help at the negligence of the police. “He shot into the air to scare the youths away, but it was not helping as they challenge him further,” a source close to the palace narrated.

The monarch in self-defence started shooting at the protestants, but unfortunately, school-coming and shop-going children became the victims. They sustained injuries of different degrees. Wikkitimes learned.

“Of the six children, two were taken to a teaching hospital in Ilorin because their conditions were critical,” another source revealed. “The rest are taking treatment in undisclosed hospitals in Mokwa.”

Following the unrest heightened by the monarch, the youth vandalised several properties in his palace. This newspaper gathered that three cars and two motorcycles were set ablaze.

Baba Isah, an eyewitness, told WikkiTimes that the protesters invaded Ndalile’s palace and destroyed a lot of valuables. “They also carted away some items,” he said.

However, sources confided that the monarch has since yesterday fled his palace.

Wasiu Abiodun, the Niger State police spokesman did not respond to calls. As of press time, he had not responded to detailed enquiries.