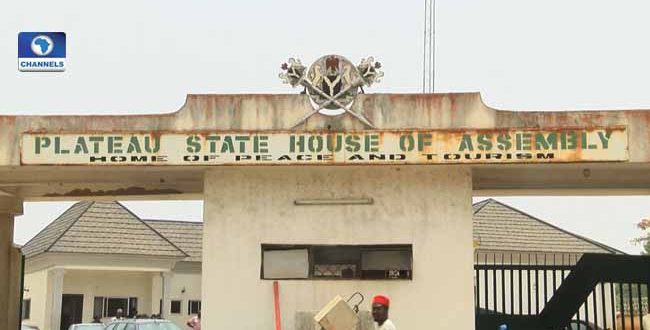 Civil Society Organisations (CSOs) under the auspices of Not-Too-Young-To-Run have called on the Senate to invite the Inspector General of Police (IGP) Usman Alkali Baba and the Director of State Services (DSS) Yusuf Magaji Bichi to explain the charade that took place at the Plateau State House of Assembly.

The CSOs alleged that with the protection of the police and DSS officers, six members of the Plateau State House of Assembly sat at different times of plenary and purportedly impeached their speaker, Rt. Hon Ayuba Nuhu Abok.

LEADERSHIP Weekend reports that 12 members of the House later sat, passed a vote of confidence on Abok and suspended the six members that caused the crisis.

But speaking during a press conference held at Transcorp Hilton Abuja, leaders of the CSOs said what happened in Plateau State House of Assembly was a charade and a threat to democracy, calling on the National Assembly to intervene.

“Reports indicate that the purported impeachment initiated by the Deputy Speaker Sale Yipmong was executed under questionable circumstances. First, contrary to the rules of the House, which stipulate 9:00 am as official sitting time, the sitting held before the official time of sitting of House.

“Second, the Department of State Services (DSS) and the Nigeria Police barricaded the Plateau State Assembly. Only six members who executed the impeachment were granted access to the Assembly complex.