Poor Infrastructure, Others, Responsible For Out-of-School Children In Bauchi – NCNE 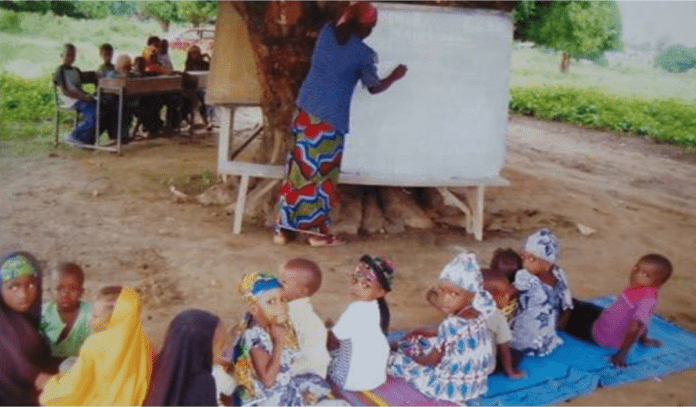 National Commission for Nomadic Education NCNE has outlined poor infrastructure and non-availability of basic facilities in nomadic schools, as well as inadequate number of teachers as major challenges militating against the effective participation of nomadic children in basic education.

The Executive Secretary, Prof. Bashir Haruna Usman explained this on Saturday at a stakeholders’ engagement meeting aimed at combating the prevalence of out-of-school children in Bauchi.

He said other challenges include inadequate funding of nomadic education programmes, labour demand on the children by their families and communities, ignorance on the part of parents on the importance of education, the attitude of the parents towards western education, as well as early marriage on the part of the girl child.

Prof. Usman expressed optimism that Bauchi State under Governor Bala Mohammed the commission would make a breakthrough in solving the problem and the state would be a role model in providing the much-needed direction and pioneering role in curbing the menace of out-of-school children.

“These are the challenges we table before you believing that we share ideas, accept responsibilities and work together to ensure that all the out-of-school children return to school.” He stated.

He also appealed to the state ministry of education and other stakeholders to redouble efforts on creating awareness and mobilization of nomadic communities to ensure that every child of school-age is in school.

The executive secretary also appealed to the Bauchi State government to set up a task force to develop a blueprint with a clear implementation framework, setting targets, milestones, and realistic timelines in a bid to tackle the phenomenon, which would enable the government to leverage on technical support and financial resources from relevant interest organizations.