Poor, Less Privileged Persons Get 200 Bags of Grains As Alms In Bauchi 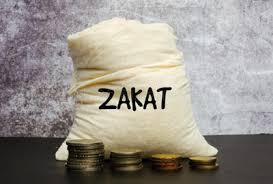 Over two hundred bags of grains have been distributed as alms to the poor and less privileged persons in Bula district of Tafawabalewa local government area of Bauchi State.

Malam Shuaibu Shehu, Coordinator of Alms Collection and Distribution in Bula District stated this during the distribution exercise at Bulan Gawo.

The Coordinator said the grains were received from farmers in the area.

He explained that alms is given out of a portion of one’s wealth as ordained by Allah and it is distributed to the poor, the needy, orphans and less privileged individuals among Muslims to reduce their hardship and promote the feeling of goodwill between the poor and wealthy persons in the society.

Imam Yakubu Abubakar Gero, Director of Alms at the Bauchi State Shariah Commission said it is uncalled for that despite the hardship being faced by the poor and marginalised populations of the state, some well-to-do individuals are reluctant to give out alms as commanded by Allah.

Responding, the Hamlet Head of Bulan Gawo applauded the Zakat Committee and Shariah Commission for their efforts in the collection and distribution of Zakkat and urged them not to relent.