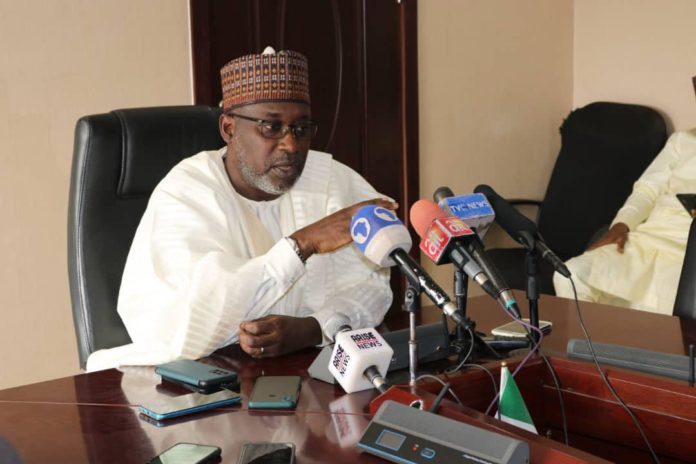 Speaking at a media briefing held at the Ministry’s Conference Room, Abuja on Tuesday, Engr. Adamu said the Ministry has prioritised the completion of abandoned projects rather than initiating new ones.

He said out of a total of 116 inherited projects, 34 have been completed, some were cancelled because they were not viable, while some were handed over to State Governments because they will be better handled by them.

The Minister further said that the high priority projects were about 75 and hopefully by 2023 a total of 45 of those projects would have been completed which would pass the halfway mark.

He explained that the prioritising of abandoned projects was aimed at reducing cost and avoiding wastage of scare budgetary provisions.

He highlighted that some milestones achieved under his watch include the handing over of some irrigated lands to farmers in Kano and Jigawa States, the construction of dams and drainages across the country, and the establishment of PEWASH ( Partnership for Expanding Water Sanitation Hygiene) to support State Governments’ effort in meeting rural water demand.

He revealed that other achievements include the signing of the Open Defecation Free Order by President Muhammadu Buhari GCFR to make Nigeria Open Defecation Free by 2025, as well as the overall mandate of the Ministry to provide Sustainable Access to Safe and Sufficient Water to meet the cultural and socio-economic needs of all Nigerians in a way that will enhance public health, food security and poverty reduction.

Engr. Adamu thanked the media practitioners for their role in accurate Water Resources reportage, and also encouraged them to report from the hinterlands and the rural areas where the largest scope of projects are located.