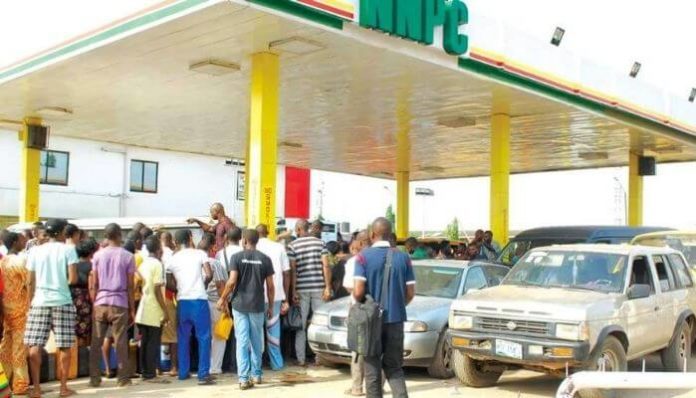 The Manufacturers Association of Nigeria (MAN) has asked the federal government to provide palliative measures to address the effects of the price increase in diesel, according to TheCable.

Lanre Popoola, chairman of the association in the region covering Oyo, Osun, Ekiti and Ondo states, said this on Sunday at a media briefing in Ibadan, the Oyo capital.

Amid a recent record increase in oil prices globally, there has been a hike in diesel prices in Nigeria.

As of March 4, the ex-depot price of diesel per litre crossed the N500 mark.

A few days after, pump prices had risen by 25 percent to over N600 per litre.

According to Popoola, it has become difficult ensuring the production of goods as manufacturers now buy diesel for between N720 and N730 per litre.

“It is getting extremely difficult to produce and I don’t know how we are going to cope, because 70 percent of industries are running on diesel. There is no light,” NAN quoted him as saying.

“There is no power supply. We now have 30 percent of what it used to be, whereas the disposable income of people is not increasing and the costs of products are going up.”

Popoola said if the situation persisted, it could lead to bigger issues that would further affect the nation’s economy and increase hardship.

He added that there is also the challenge that manufacturers cannot pay diesel suppliers in instalments.

“They cannot again supply you with diesel and allow you to pay in two weeks. It is either you do cash and carry, or pay ahead because they too cannot predict the cost of the product,” he said.

“And I don’t blame them. Imagine you bought diesel last week at N630 per litre and the next day, it is sold for N730 per litre. How will you replace your stock?

“Maybe the government can come in and do a kind of palliative for us. It is either we have light 24 hours per week to run our factories or do a palliative on diesel.

“But unfortunately, we don’t produce diesel in this country. If the refineries are working, it is a different ball game. The country would have had it better now if the refineries were working.

“So, the more the international prices of petroleum products go up, the higher the prices of what we are going to get from them.”