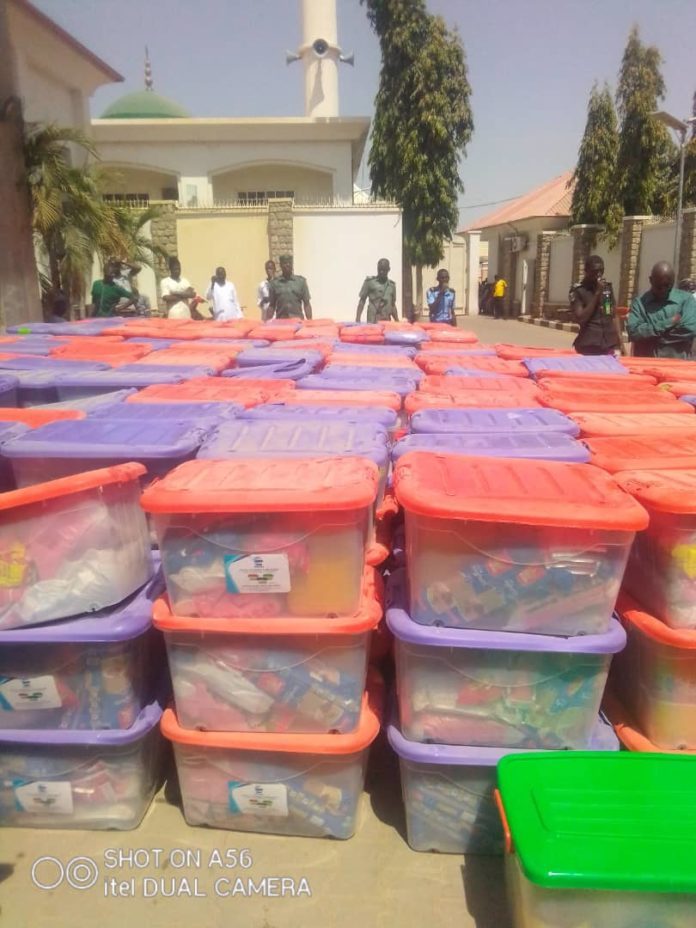 The zero hunger project according to the senator was meant to alleviate poverty among the vulnerable people in the constituency.

Represented by the member of the state assembly Abubakar Sadiq Ibrahim during the flag off of the program held at the residence of the senator, Goje explained that the senator would under the scheme distribute foodstuffs to 4, 390 physically challenged persons drawn from Yamaltu/Deba and Akko local governments.

He explained that each beneficiary would receive a box containing noodles, rice, beans, palm oil, groundnut oil, Maggi cubes, sachets of tomatoes and a wrapper.

According to him, people with disability were selected to benefit from the gesture in order to bring them succour being the most downtrodden members of the society.

“Why he did this is because people are in dire need of these food items because of the level of hunger and poverty that are prevalent in the community today”. He explained.

He further stated that aside from his empowerment initiatives, Goje is facilitating federal projects to the state citing the federal medical centre Deba and model primary school which have served all readings at the national assembly.

Responding on behalf of the beneficiaries, the state chairman of the physically challenged person association Umar Ali Goro thanked the senator for the gesture and urged all disabled to register and get voters cards so they could elect good representatives in the next elections.

He revealed that Akko local government has five disabled people who are university graduates begging the senator to secure jobs for them.