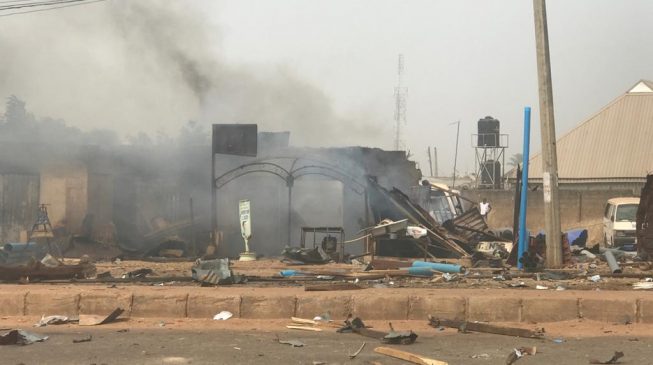 According to him, “The explosion is suspected to be IED, there is no casualty recorded in the incident. There was nobody in the building when it exploded. It happened Sunday night around 21:45 pm.

“The anti-bomb squad has been deployed to the scene to analyse the particles we got from the place.”

ASP Jalige added that details of the explosion were being investigated and will make the findings available to journalists as soon as it is completed.

He, however, urged residents of the area to remain calm.