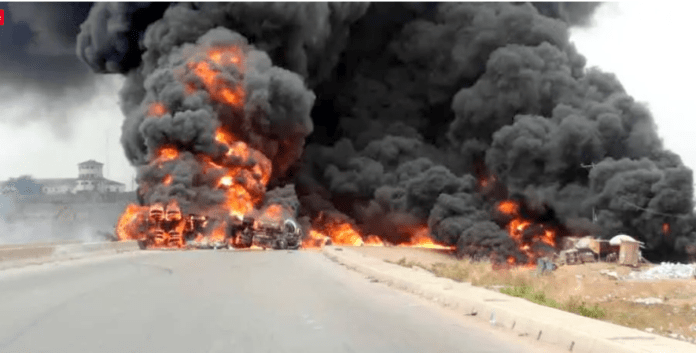 The incident, according to the FRSC, occurred around Mountain of Fire and Miracles Ministry, on the outward section of the Lagos-Ibadan road.

Premium Times reported that the FRSC spokesperson in Ogun, Florence Okpe, while confirming the incident warned motorists to drive cautiously and remain calm until the fire is extinguished.

Ms Okpe added that operatives of the FRSC and other sister agencies are on the ground as firefighters make efforts to put out the fire.

The incident comes a day after a tanker loaded with 33,000 litres of petrol caught fire in Lagos.