The 2023 Igbo Presidency and Sudden Appearance of Endorsement Groups 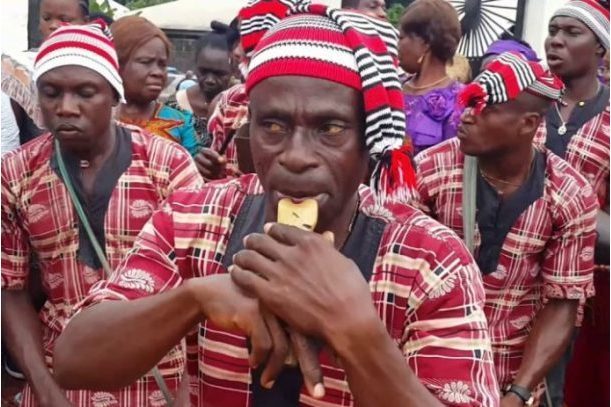 Sixty-one years after Nigeria has become a sovereign state, it has yet to manage, very effectively, the cultural diversity that defines it as a nation. And this explains why, in spite of its independence, Nigeria still battles with overt representation imbalance. In effect, this ugly scenario has fuelled agitations from those who feel short-changed and marginalized by being denied access to power within the leadership arrangements of their home country.

The emergence, following the independence of 1960, of the first and the only Prime Minister of Nigeria, Sir. Abubakar Tafawa Balewa and the then Governor-General, Dr Nnamdi Azikiwe (both of blessed memory) was not different from the zoning arrangements in the current democracy. Then, both the north and the south were well represented in the national corridors of power. In 1979, the late President Shehu Shagari had, as his Vice, the late Dr Alex Ekwueme to balance the north and the south power zoning equation. Each region as well as each religion was well represented at the nation’s helm of affairs.

In 1999, after a quite long season of military interregnum in the nation, the current Fourth Republic emerged under Chief Olusegun Obasanjo as the democratically elected President of the Federal Republic of Nigeria. Emphasis was placed on zoning between the north and the south. Now, as 2023 draws near, the same concern seems to have dominated public discourse, as the ruling party, APC, has zoned certain key positions between the north and the south. For instance, the party has zoned the position of president to the southern region of the nation.

Known for their individualistic tendencies, most south-eastern political leaders are driven by self-centeredness, and this has affected the people from this zone over the years. The question that tugs at one’s heartstrings are: How feasible or realistic is the emergence of a president of Igbo extraction when the Igbo people are not united and cannot speak with one voice? Worse still, how can this section of the country produce the president given their perceived notoriety for playing bad politics?. Truth be told, Nigerians are yearning for a president that will sustain their gains and secure their future. In fact, there is an obvious need for a president who will unite all Nigerians (irrespective of their tribes, regional and religious inclinations) as a sovereign entity.

The Ndigbo seem to have been in the dark since the return to democracy in 1999. Some believe that Dr Alex Ekwueme was betrayed at the Jos PDP convention when former President Olusegun Obasanjo was released from prison, only to be imposed as PDP’s presidential candidate. On the other hand, others believe that the scenario was akin to what happened to Dr Nnamdi Azikiwe during the First Republic when, after he had won an election in Lagos, the table was suddenly turned against him overnight. Now, the Igbo nation has to prove, beyond the pages of the national dailies, their inimitable twin sense of hospitality and industry, as there is hardly a community in Nigeria where one or more Igbo natives are not present.

Now, as to the question of whether or not the Ndigbo is truly ready for the 2023 presidency, my proposition is that the entire country should try and support the longstanding dream. This 2023 presidency dream is pretty realizable if all of us are ready to give it the shot it actually requires. Interestingly, the unrestrained push for the Igbo Presidency developed from a robust debate that arose from my productive engagements with different Nigerian youth organisations during my series of advocacy peregrinations, quite interestingly in the north. The interesting thrust of the debate points towards the crying need to allow the south-eastern geo-political zone to have their fair share of leadership at the federal level come 2023.

It is heart-warming to note that, currently, not less than four eminently qualified political juggernauts from the south-eastern geo-political zone have expressed interest in vying for the presidency on the different political platforms. These ones are the former Secretary to the Government of the Federation and former Senate President, Anyim Pius Anyim; former Imo State governor, Senator Rochas Okrocha; former Abia State governor and Chief Whip of the 9th Senate, Senator Orji Uzo Kalu and the executive governor of Ebonyi State and Chairman of South-East Governors Forum, Engr. Dr. David Nweze Umahi (FNSE).

As a matter of fact, there is an urgent need to support the emergence of the current governor of Ebonyi State, who enjoys the power of incumbency and can readily boast of quite a vast network of socio-political contacts. Umahi, no doubt, has what it takes to woo other states’ governors within his party, APC, to secure the party’s presidential ticket without hitch. The interestingly unique strength of his, which gives him ascendancy over the other aspirants, is his unflagging commitment to nation-building, even beyond the borders of Ebonyi State which he governs. Umahi has indisputably recorded sterling achievements in terms of his enviable penchant for ensuring equitable distribution of democratic dividends, his capacity for assuring social justice its pride of place, his technical know-how on the path to solving Nigeria’s peculiar problems on all fronts and his great sense of patriotism which cannot but guarantee the new face and phase of hope/unity that would ultimately give a fillip to the execution of the Nigerian Project come 2023.

However, the visible worry that most Nigerians outside the Igbo population have expressed relates to the seeming lack of preparedness on the part of the Ndigbo itself. Some enemies within the zone seem to be working at cross purposes with the noble idea of enabling her to produce the president that Nigeria and Nigerians desire come 2023. This tendency can be considered very counterproductive, as it keeps eroding the confidence that most forward-looking Nigerians have in the capability of the south-eastern. And I think this is a critical issue which must be urgently attended to.

To regain the people’s confidence in this worthy cause, the Ohaneze Ndigbo, the foremost Igbo socio-cultural group, has a duty to perform. It must, alongside other critical stakeholders in the other zones of the country, especially the north, quickly steer a productive debate as a way of dousing the unnecessary tension being fuelled by the divisive and incendiary agitation for the actualization of the Republic of Biafra nation led by Mazi Nnamdi Kanu and his cohorts. This effort will definitely restore confidence in most Nigerians. It will interest the readers to note that the Igbo Political Structure in the North is nothing to write home about and even the groups currently issuing Press Statements Endorsing Igbo Presidency surfaced after the declaration of interest by some Igbo Politicians but in reality they are faceless.

I implore the Ndigbo to focus on the prospects of Umahi’s infrastructural drives in Ebonyi State rather than focus on selling the divisive tendencies as well as fuelling ethnic tensions. There is no doubt that Rochas Okrocha enjoys a large following in the north owing to commitment towards guaranteeing the access of the less-privileged to functional and subsidized education. It is my conviction that this may not be enough to give him the APC presidential ticket. Umahi’s current political status is obviously an added advantage to the Igbo people’s drive towards producing the next Nigeria’s president. Being the only serving APC governor and presidential hopeful from the south-eastern region, Umahi stands a better chance, than any other aspirant, of clinching the party’s ticket, as he has no score to settle with other regions, particularly the north.

The Igbo Political leaders must take into account that in the last year, the tension and feud created by the Maxi Nnamdi Kanu led IPOB has not been healed as many still see the Igbo nation belief in one Nigeria is not more than hearsay. One interesting thing about all these narrations is the sudden appearance of Political associations declaring their support on paper but does not exist in reality. The Igbo Presidential aspirants must take Into account how their struggles and go back to the drawing board to enable them to differentiate between their true enemies and their friends beyond paper headlines. To me, Governor Dave Nweze Umahi of Ebonyi State has built a relationship with the North and his aspiration is supported by all and sundry beyond tribes, regional and religious lines the dream of an Igbo Presidency is likely feasible in 2023.

It is crucial, if peace, unity and harmony would be given their pride of place, that the Igbo should be supported come 2023. This cause must be singlehandedly supported by every Nigerian, regardless of his or her ethnic background, for equity, fairness and justice to have their way.