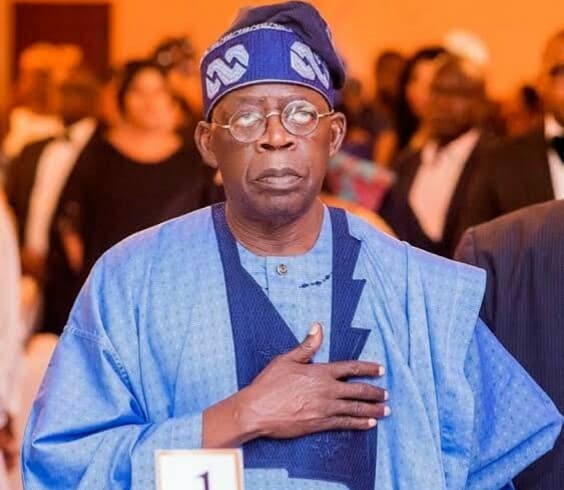 An article written by Festus Adedayo, a columnist, is currently creating a buzz on social media.

Tinubu, one of the aspirants of the 2023 presidency, has started his campaign in full swing.

He also addressed the public perception that a kingmaker, the role he has unarguably played in Nigerian politics, should never be a king.

“I have never seen where it is written in the rule book anywhere in any country that a kingmaker cannot be a king – unless you commit murder. So, whatever is your attribute [of me] is your own opinion. Me, I want to pursue my ambition without the title of a kingmaker. You can write your literature and story based on your own perception,” he had said.

But in his piece, Adedayo highlighted many reasons why he felt Tinubu is unworthy to lead Nigeria.

“So I was at the Alausa Governor’s Office in Lagos. Accessing the governor was like seeking needle in a haystack. His Press Secretary sent words up that an irritant interloper had come to ferret response to a newsmagazine’s damming expose on the governor. After hours of waiting, a commissioner (names withheld) sauntered in and met me where I sat immovably like Mount Kilimanjaro. “You can’t write that story,” he began in a steely voice sauced with veiled threats. “Go back to Ibadan. We will talk to your boss.” That was how the story never saw the light of the day.

“The Nigerian Tribune, of which I was its Features Editor during this period, had sent me in pursuit of the facts or fiction surrounding the news magazine report. The principal of that ancient school, Government College Ibadan, (GCI) at the time had suddenly gone AWOL, incommunicado and inaccessible as the proverbial excrement of the masquerade. Grapevines alleged that Alhaji Lam Adesina, then governor of Oyo State, had ordered that all data of the school’s attendees between the period of Governor Bola Tinubu’s claim of attendance of GCI be brought to him in the Government House, where they were brought under governmental lock and key. The media that was seeking corroboration or the antonym of the claims, went after the GCI Principal. He had disappeared into thin air. Perhaps, a one-on-one interview with the governor would do?

“In 1999, one Dr. Waliu Balogun wrote a petition against Tinubu leveling a number of damning allegations that bordered on fraudulent claims of educational attainments. Among other things, he accused Tinubu of lying in an affidavit attached to his Independent National Electoral Commission, (INEC) form that he lost his degree certificates while he was on exile between 1994 and 1998. The newsmagazine later published those details in a gripping expose which left sour tastes in the mouth.

“One after the other, all Tinubu’s claims, sworn to under oath in the Form CF001 he filled with INEC were shredded to smithereens by the magazine’s story. St. Paul’s School, Aroloya, Lagos, which he claimed to have attended, the magazine said its investigative reporting found never existed just as his name was conspicuously missing from the records of the Government College, Ibadan which he claimed to have attended between 1965 and 1968. Indeed, GCI’s alumni association, the Old Boys of the school, debunked the claim. So also was Tinubu’s claim that he attended Richard Daley College, Chicago, between 1969 and 1971. Punctured also were the governor’s claims of having attended the University of Chicago in the U.S. between 1972 and 1976, as well as obtaining a B.Sc degree in Economics from the university. A request to those institutions for affirmation of Tinubu’s studentship by the magazine was a resounding No. Till date, in spite of his having vanquished the legal principalities spearheaded by Chief Gani Fawehinmi (SAN), with the Supreme Court voiding Fawehinmi on technical grounds, none of Tinubu’s classmates, schoolmates or even teachers, has come out in public to counter the facts of the legal behemoth erected against him.”

Adedayo also listed how Tinubu reportedly failed to fill his academic qualifications in his INEC form when he sought reelection in 2003.

He said based on the backlash that he suffered after filling the form in 1999, Tinubu chose not to fill his academic qualification four years after.

“Four years later, in 2003, it was time for Tinubu to fill the Form CF001 again, in pursuit of his second term bid. His enemies who were waiting for him to make those claims again were dazed when they saw what the governor filled. In all the columns, the gentleman simply filled NOT APPLICABLE; Primary School, Not Applicable, Secondary School, Not Applicable and University, Not Applicable. Could that have meant that the man never attended any school?”

“Tinubu was not alone. Rife as expectations were from the new-found Nigerian republic in 1999, like alligators, renowned for incredible nasal power of smelling a drop of blood even in ten gallons of water, Nigerians smelled crises in the cache of scandals that involved newly elected office holders of the republic. Less than three months after commencement of the Fourth Republic, Nigeria began to manifest noticeable cracks. It took political scientists and students of Marxian dialectics to allay our fears and tell us that those cracks were curative, self-correctional and akin to the Marxist theory of thesis and antithesis which, when they jam, produce a synthesis.

“In quick successions of messy, damming scandals, Speaker of the House of Representatives, Salisu Buhari, Senate President Evan(s) Enwerem and Bola Tinubu got entangled in seismic, roiling scandals of identity misappropriation, subversion of their oaths of office and perversion of truth. While the latter two were swept away by the typhoon of the crises, Tinubu not only survived the wire mesh, to spite the allegations, he is today one of top three most consequential, powerful Nigerians alive and a presidential office aspirant to boot.

“Salisu Buhari, the affable and young Speaker of the lower parliament had just been unraveled by the media as an age inflator and certificate forger. Hitherto, a Kano-based businessman, Buhari shuttled into politics but two weeks into being in office, the rested news magazine, TheNews, in its February 16, 1999 edition, published details of his age and certificate forgery. The magazine wrote that he was actually born in 1970 and not 1963 as he claimed.

“Again, TheNews put a lie to Buhari’s claim of having graduated from the University of Toronto, stating that he not only never attended the school, the mandatory youth service he claimed to have underwent at the Standard Construction in Kano was a ruse. On July 23, 1999, like a rain-soaked squirrel, Buhari was contrite, disgraced and admitted all the allegations. “I apologize to you. I apologize to the nation. I apologize to my family and friends for all the distress I have caused them. I was misled in error by a zeal to serve the nation, I hope the nation will forgive me and give me the opportunity to serve again,” he murmured as he resigned from the House. He was subsequently convicted of certificate forgery, sentenced to two years in prison but later got pardoned by President Olusegun Obasanjo.

“One would have expected Tinubu to heed the counsel of Apala music icon, Ayinla Omowura. Omowura must have had in mind leaders who are heavy-laden, burdened by baggage of their past, when he counseled that, as all shrubs and leaves in the forest should not be the predilection of a herbalist seeking curative herbs; not all palm trees in the forest should excite the palm-wine tapper either. In Yoruba, he expressed this as, “gbogbo ewe ko l’ojawe nja; gbogbo ope ko l’onigba ngun.” Sagacious leaders who carry stupendous moral baggage of the Tinubu hue should know the forests they should venture into.

“The forests of presidential contest that the Lagos Landlord is about to venture into is what same Omowura, in his vinyl, referred to as “igbo odaju” – the forest of the heartless, the carapace-hard heart hunters. Anyone who does not have the benefit of a real mother – a real mother’s prayers are like magic, steeped in mystical and metaphysical powers. Anyone, said Omowura, who does not have a real mother who can provide witchcraft protection for them, should not venture into the igbo odaju. Never! Abraham Lincoln, father of American nation, also alluded to this when he said, “I remember my mother’s prayers and they have always followed me. They have clung to me all my life.”