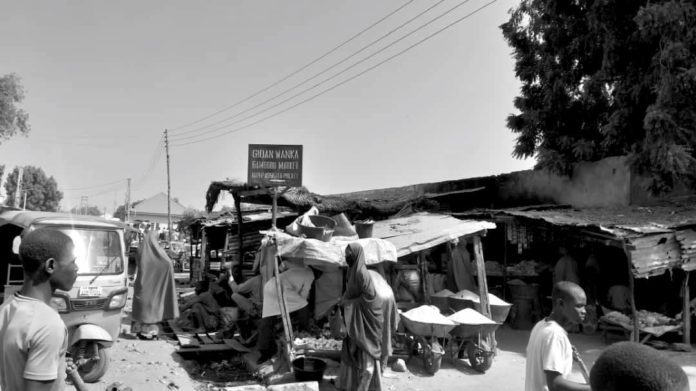 In part three of this series, Ajibola AMZAT reports how the year-long shutdown of electricity in Borno State affects private businesses and the activities of the humanitarian workers in the city of Maiduguri.

Hundreds of people still travel in and out of Maiduguri daily, despite the terrorists’ determination to shut down the city.

This is not surprising.  Maiduguri is the gateway to a few African countries such as Chad, Niger, Cameroon, Sudan, Gabon and Central Africa.

One of the businesses that benefit from frequent visits to the city is the hospitality industry.

Desert View Suites, a budget hotel located at Dapcharima Road, near the airport, is one of them.  The hotel offers Standard and Double-bed Rooms as well as Presidential Suites at room rates between N10,000 and N20,000.

Baba Mohammed, the hotel general manager, said business was good until Boko Haram targeted the city for attack.  Though the hotel continues to receive guests, the arrival rate has petered out.

Then the terrorists launched fresh attacks on electricity towers in late January 2021, and cut out the city from the national electricity grid.  The hotel manager said this attack affects the hotel business more than anything else. But Desert View Suites is still standing.

“It is challenging to run a hotel business without power,” said Mohammed.

According to him, the electricity bill at the hotel before the attack was N500,000 per month; now, the cost has increased by nearly 900 per cent.

This is outside other costs such as salaries and maintenance costs.  Sometimes, the voltage from the generator is too high due to technical problems, which affects electrical appliances, leading to other unavoidable expenses, the hotel manager said.

“If all the rooms are let out, there are other expenses that need to be sorted, but the highest amount goes for diesel.  For instance, if I make a sale of N250,000 and I remove N100,000 for diesel, the remaining N50,000 will be used for other expenses such as the repair of bulbs, plumbing work, keys and others.”

Because of these additional costs, the hotel management has considered increasing the room rates by 50 per cent.  The room rate would increase from N10,000 to N15,000 per Standard Room.  That is the only option available for the Desert View Suites to remain afloat, said the manager.

He further gave a hint of distress in the Desert.

“Currently, as I speak to you, we have not paid last month’s [October] salary to our staff.  Today is November 13th, 2021, but we cannot pay salaries.  The staff, of course, are unhappy, but they are not complaining because they have nowhere else to go to.”

The hotel manager would have reduced the staff number, but he is concerned that there would be more unemployment in the town.

“So, it is better to keep people at work and continue to manage with the little resources available rather than sending them home”.

Mohammed also is not yet thinking of reducing workers’ salaries, but Abdullahi Alhaji Ibrahim, the owner of Visa The First Shoe factory, has cut down his wage bill.

He has also increased the shoe prices to shore up the declining profit margin because of the rising production cost.

So, a pair of shoes that used to sell for N1,300 is now sold for N1,800.  He attributed the high cost of shoe production mainly to the increasing energy cost.  Before, Ibrahim used to spend between N7,000 and N7,500 on electricity per month, but now he spends nearly as much as that to buy petrol in two weeks. That is nearly a hundred per cent jump in the electricity cost.

Disturbing stories by private business owners like Ibrahim is common across the city of Maiduguri. Take the case of Mohammad Abubakar, a cold drink seller at Modugunari, opposite the NUT office, who used to spend N10,000 to generate public electricity per month. He now spends N20,100 per month to buy petrol and to service the generator.

There is also Rufai Salisu, 27, a student of Business Administration and Management at Ramat Polytechnic, Maiduguri who also owns a tailoring shop at Modugunari behind Mobile Barrack, which he named In Shaa Allahu Tailoring Venture.

The tailoring business fetches him between N3000 and N4000 daily pay, from which he gives his family N1000 for upkeep and buys fuel and oil worth N800.

After buying tailoring materials and other things he needs for upkeep, he saves the rest to pay his school fees.  Before the power shutdown, he contributed only N1,000 monthly as electricity charge, but the situation has changed.

“Now I open my shop around 8 am and run the generator till Maghrib prayer in the evening.  The only time I put the gen off is when I am eating or when I go to the mosque for prayer.”

He wishes he does not have to run the generator for long hours every day. The high fuel cost, the wear and tear of the generator are manageable if there is a public supply of electricity.  But his wish may not become a reality soon. Even if the power is restored in Borno earlier than expected, it can only last a few months before the insurgent groups will strike again.

Mohammed Ali, a barber at Mohammed Goni Plaza, expressed the same hopelessness. The young man earns between N1,500 and N2,000 per day but spends nearly half of that money on buying fuel and oil, which only lasts for two days.

There is also the operator of Rahama Water at Circular Road who used to pay N120,000 to YEDC for monthly electricity, but now spends several thousands of naira more to buy diesel every month.

“We purchase 30 litres of diesel which lasts for a whole day up to the early hours of the next day.  And we buy a litre at N340.  So, if you calculate N340 by 30 per month.  And if we add the cost of servicing generator, the cost goes up,” said Assistant Manager of Rahama Water Yakubu David.

Government agencies and business operators in Maiduguri are not the only victims of the Boko Haram incessant attacks. The staff of International organisations like UNICEF and WHO share the frustration, perhaps more than they ever experience in other hostile environments.

The UNICEF Chief of Maiduguri Field Office, Phuong Nguyen told The ICIR that the fuel budget for their operation offices has gone up by 50 per cent because of the increase in the cost of fuel.

Before the terrorist group attacked electricity infrastructure in the state, both UNICEF and WHO generated electricity supply both from the national grid and generators. But since last year, the two agencies of the United Nations have been relying on the generators hundred per cent for power supply. With offices, guest houses and warehouses to run, Nguyen said the fuel consumption in their facility has gone up by 18 per cent.

Despite the extra cost, working in Maiduguri has been tough for the over 85 staff of the UNICEF who labour long hours in the office and go home with no electricity.

“It is challenging for them [UNICEF staff] because when they are at home and they are not able to sleep because of the heat, or the food goes bad, they themselves may not able to afford fuel; these are concerns for us. if our staff are not comfortable, then it may not be easy for them to operate”.

Nguyen said the least the Office could do is to ensure that there is a constant electricity supply in the office so that staff can work.

Her counterpart at the WHO, Dr. Isiaka Ayodeji Hassan demonstrated the distinctive resilience of humanitarian workers in hostile environments. He arrived in Maiduguri in January 2011 just about the time when Boko Haram was getting ready to launch a major attack on electricity facility in the state.

As at the time of his interview with The ICIR, the WHO representative in Borno had spent nearly a year in Maiduguri, and for the most part, his office and the hotel where he lives have to rely on generators for electricity supply.

The frequent use of generators has increased wear and tear and increased maintenance costs. Therefore, the office has to schedule the operations of the generators on daily basis.

But how does WHO preserve its vaccines with this infrequent electricity supply? Hassan said the field office adopts the First In, First Out method of distribution.

“We ensure that the vaccines that are brought in first are the first to be distributed to primary healthcare centres. And we also do proper forecasts, so that we do not request more vaccines than we need at a particular period of time.”

And to improve the power situation in the office, he has just requested the headquarters to provide solar power.

Despite the difficulties brought to his work by the frequent attacks of electricity, the health worker was optimistic that the power outage would soon end in the state.

“I believe the governor is committed and sincere to seeing the end of this crisis, and he has been working hard to make the state more conducive for everyone to live.”

This report by the International Centre for Investigation (The ICIR) is produced in partnership with the Centre for Democracy and Development (CDD).