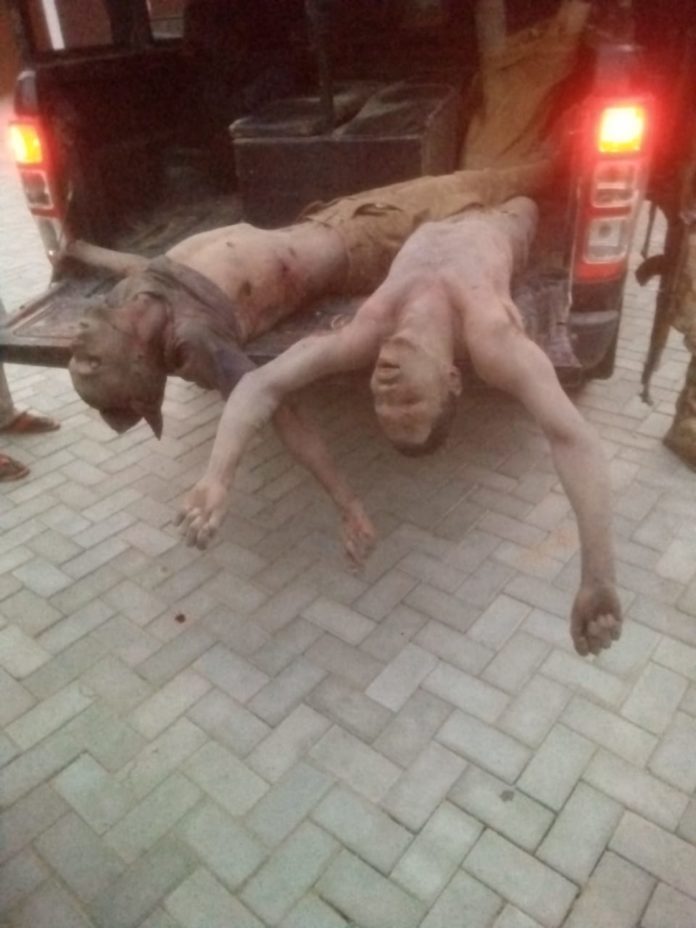 The Joint Task Force, JTF, in Kanam local government area of Plateau State in collaboration with local hunters and vigilantes apprehended a notorious kidnap suspect killing two others in the process.

WikkiTimes report that the kidnap suspects have been hiding in a cave at Bagyar Rock in Kanam local government area of the state.

The security operatives and the kidnap suspects were locked in a fierce gunfight with members of the JTF which lasted for almost an hour come on the heel of a long time intelligence gathering about the suspects.

An eyewitness, who don’t want to be named said the two dead bodies of the kidnap suspect and their arrested colleague were taken to Jos.

He said a member of the vigilantes from Bagyar community who led the ambush was shot while exchanging fire with the gang. He was rushed to the Abubakar Tafawabalewa University teaching Hospital Bauchi for treatment but later died at the hospital.

Of late, some of the villages in Kanam local government along its border with Wase Local Government Area have come under the grip of kidnapping and banditry.