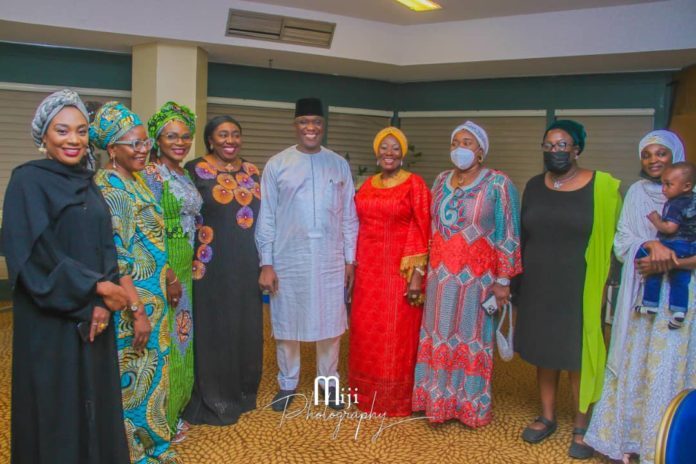 The Conference of Speakers of State Legislatures of Nigeria has bagged awards from a Coalition of Women Groups for massive passage of the Violence Against Person Prohibition (VAPP) Law by various State Houses of Assembly in the Country.

Presenting the awards to the Conference during an interactive dinner with the Speakers in Abuja on Thursday, the Chairperson of the Group Dr Abiola Akiyode-Afolabi explained that the Conference of Speakers played an important role in the passage of the VAPP Law which has brought succour to the survivors of gender-based violence and provided an opportunity to further consolidate efforts to support women in Nigeria.

He explained that violence against women remains one of the most widespread, prevalent, and largely unpunished violations of human rights in the world today thus Legislatures at the National and State level are key stakeholders in the elimination of gender-based violence in all its forms and are strategically placed to drive the national changes required to achieve the aim.

The Chairman added that Legislatures have both individual and collective responsibility to not only enact strong legislation but also to monitor the implementation of the law and hold the executive arm of government accountable for making the legislation more effective.

“We applaud all the Speakers of the States that have taken the giant step of passing the law in Nigeria. However, the work has just begun and it will not end with the passage of the Violence Against Persons Prohibition Law,” he said.