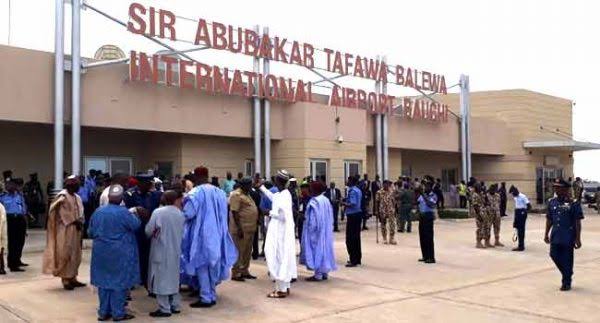 Arrangements have been completed to commence airlifting of intending pilgrims to Saudi Arabia for lesser Hajj from the Abubakar Tafawabalewa International Airport Bauchi.
The State Executive Secretary, Bauchi State Muslims Pilgrims Welfare Board, Ustaz Abdulrahaman Ibrahim Idris said this when he led the staff of the board on a courtesy visit to the Emir of Bauchi Alhaji Rilwanu Sulaimanu Adamu at his palace.
He said the timely preparation and commencement of airlifting of pilgrims on Lesser Hajj from Bauchi would drastically trim the suffering of not only the people of the state but those from other Northeastern states who ordinarily had to go to Kano to board a plane to Saudi Arabia for the observance of Lesser Hajj.
Ustaz Abdurrahman noted that they visited the palace to seek the Emir’s fatherly advice after he served as the Amirul Hajj of the state on several occasions.
The Emir of Bauchi, Alhaji Rilwanu Sulaimanu Adamu urged staff of the board under the leadership of Ustaz Abdurrahman to be trustworthy and dedicated to their duties for positive changes and efficient service delivery to intending pilgrims from the state and beyond.
WikkTimes recalls that the Kingdom of Saudi Arabia has in December 2021 suspended all flights from Nigeria to the Kingdom due to the new Coronavirus variant Omicron, a ban they retracted weeks after.
Facebook
Twitter
Pinterest
WhatsApp
Linkedin
Email
Print
Telegram